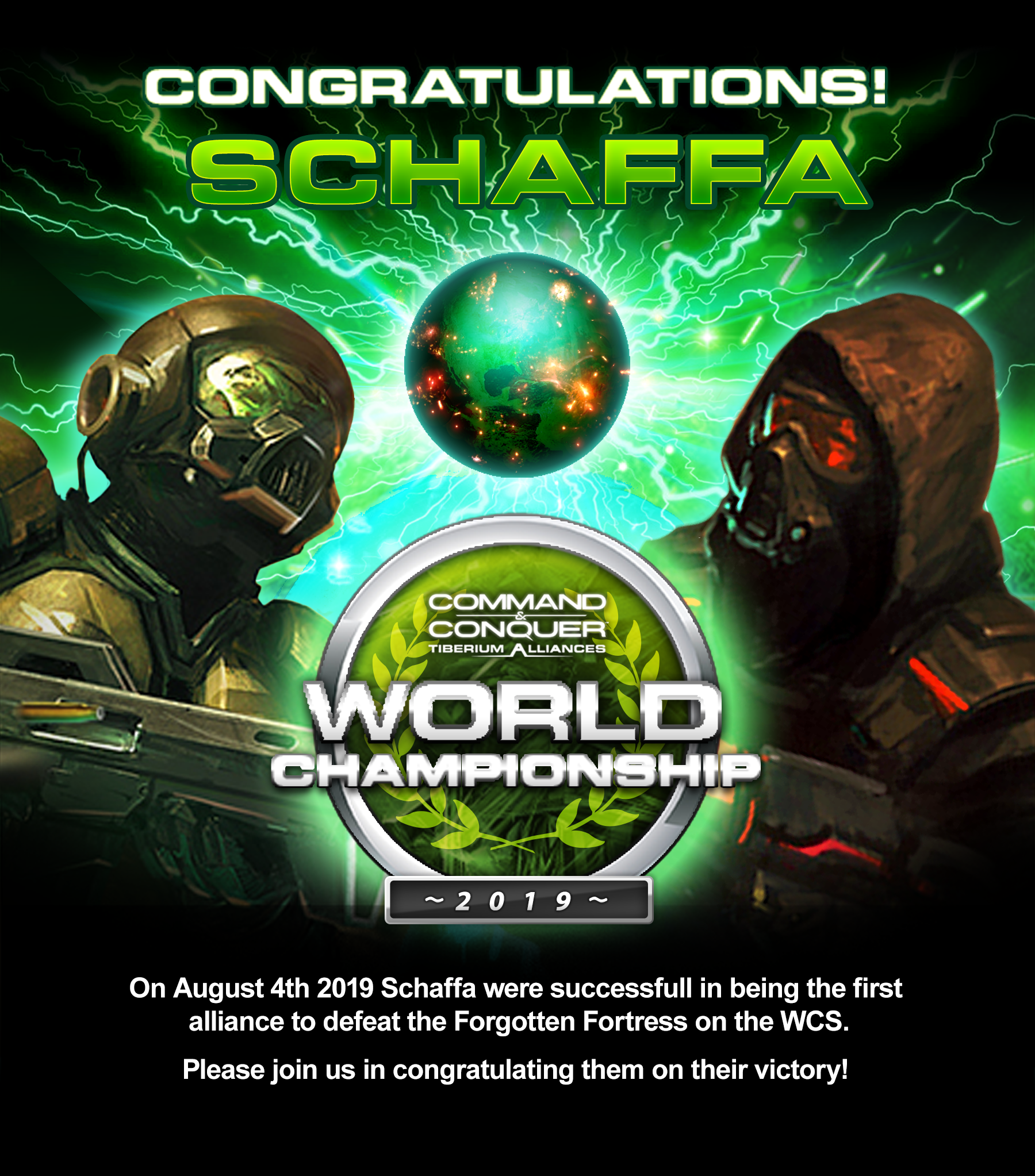 We are very happy and proud to announce that the first place alliance on the Command & Conquer: Tiberium Alliances World Championship Server (WCS) 2019 are "Schaffa". By being first to defeat the Forgotten Fortress, they have now solidified their place as the #1 alliance on the WCS as well as the entire game. The road to being number one was not an easy one, "Schaffa" had to go through major battles and negotiations with different alliances which ultimately led to their victory.

As a prize for all their efforts each "Schaffa" alliance member will be awarded the following:

An Electronic Arts Origin game of their choice.
150,000 CCTA Funds.


We would like to congratulate "Schaffa" and all of its members once more on this huge accomplishment. We encourage all other alliances to stay focused, we will give away 100,000 respectively 50,000 CCTA Funds for second and third place!

Thanks to leo7044 for capturing the final assault on the Fortress! 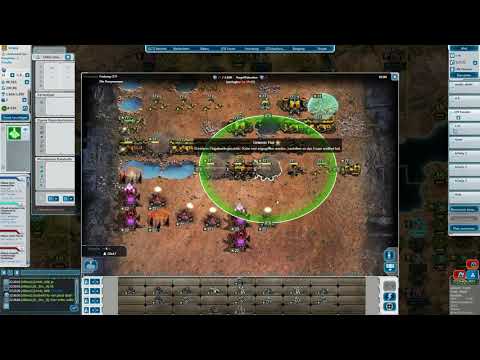