Flashbacks, a MUT Community favorite, have been an Ultimate Team staple since 2012 and are some of the most sought-after players in the game. Earn Elite, Gold, and Silver Tokens by turning in unwanted players under MUT Token Sets and redeem them for a random Flashback Player. 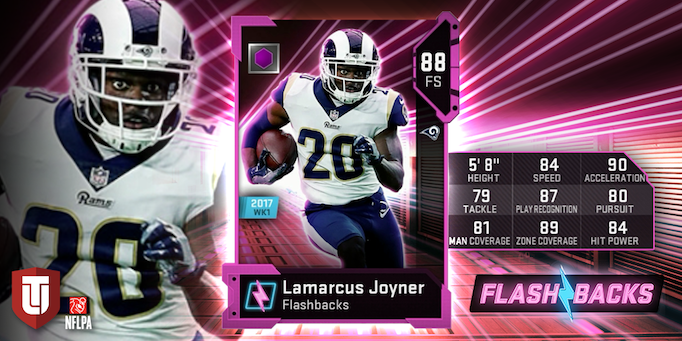 Lamarcus Joyner, FS - Los Angeles
Week 1 - 2017: Joyner recorded a pick-six in the third quarter, and the Rams defense scored more points than the Colts offense (14 to 9). They obliterated the Colts 46-9. 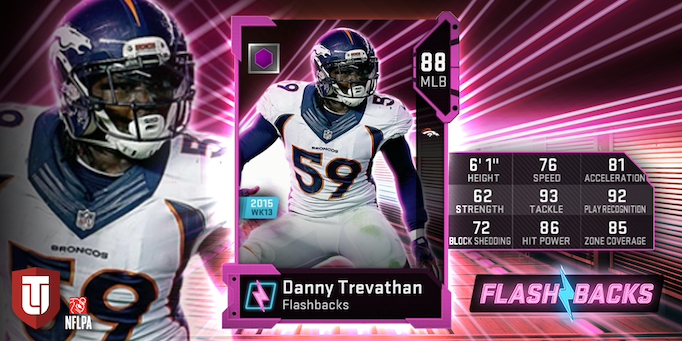 Danny Trevathan, MLB - Denver Broncos
Week 13 - 2015: Trevathan extended the Broncos lead to 14 points when he intercepted a pass for a TD in the first quarter. The Broncos wound up beating the Chargers 17-3. 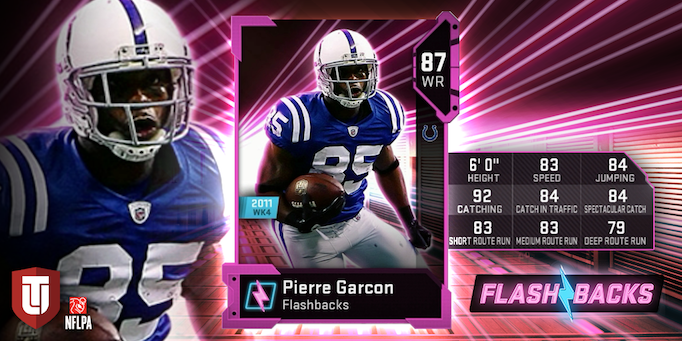 Pierre Garcon, WR - Indianapolis Colts
Week 4 - 2011: Garcon posted 146 yards receiving on only two catches, with both going for TDs. Unfortunately, it was not enough, as the Colts fell to the Buccaneers 24-17. 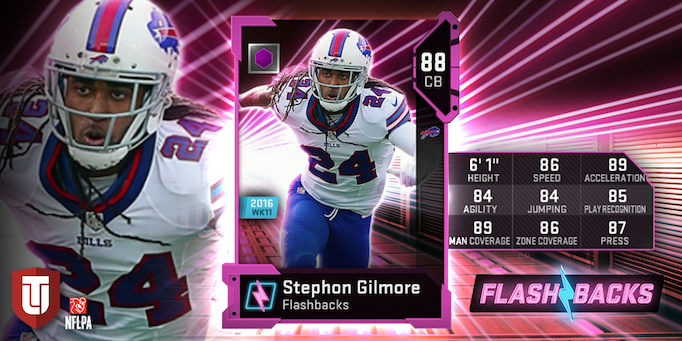 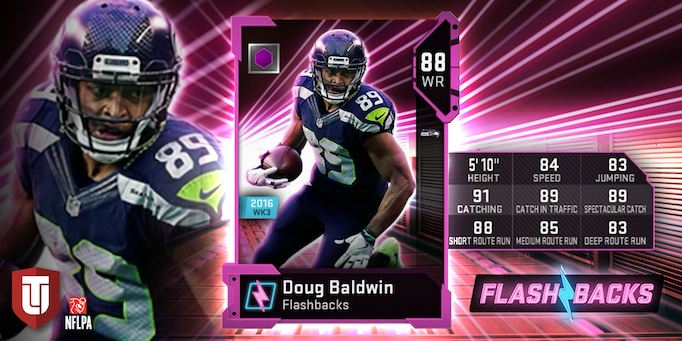 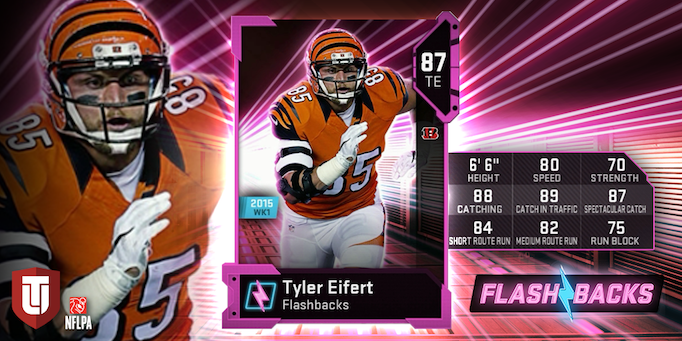 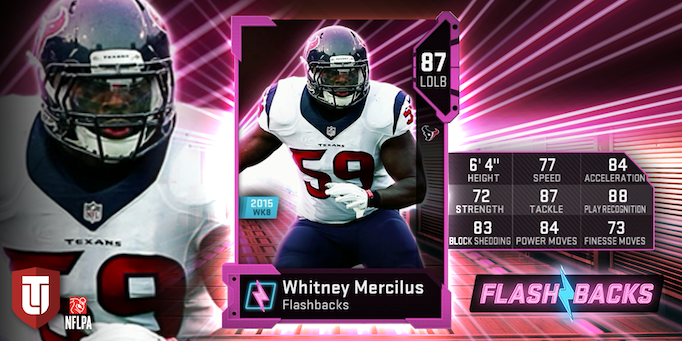 Whitney Mercilus, LOLB - Houston Texans
Week 8 - 2015: The Texans beat the Titans 20-6, in large part due to the pressure provided by Mercilus. He recorded a career-high six tackles, and also tied his career-high with 3.5 sacks. 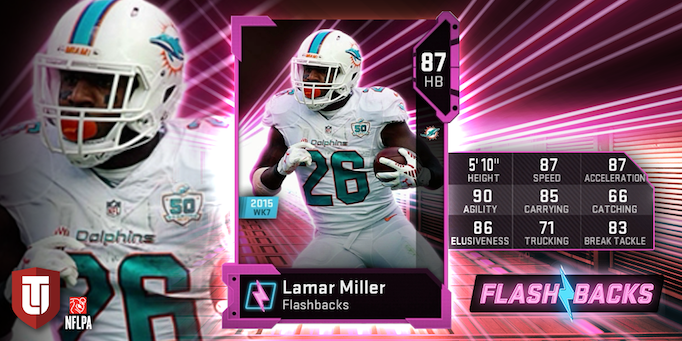 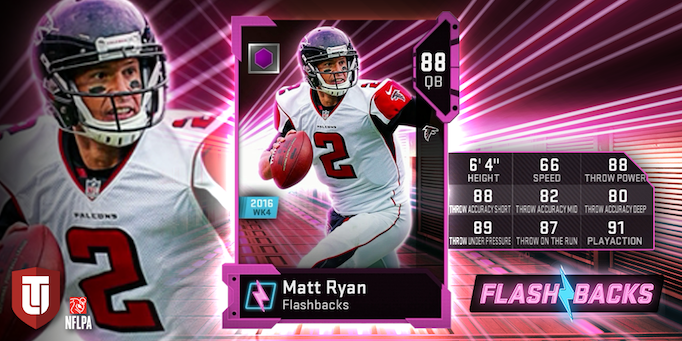 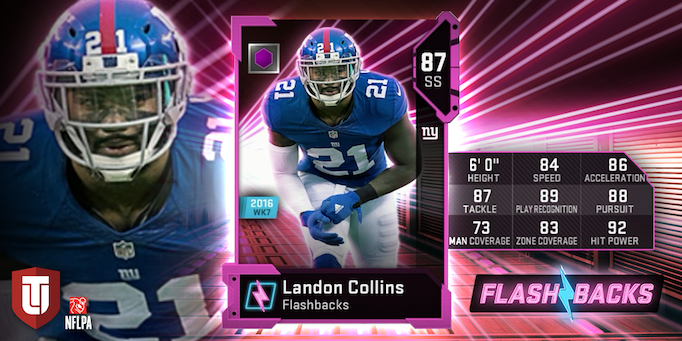 Landon Collins, S S - New York Giants
Week 7 - 2016: Collins tied the game 10-10 after returning an interception for a TD in the second quarter. He later recorded another INT, and the Giants hung on to beat the Rams 17-10.