Competitive Season 1 for both Salary Cap Ranked and MUT Draft Ranked is officially ending tonight. The season will officially end at 11:59:59 PM Pacific (2:59:59AM ET) tonight, Monday, October 14th. When the season officially ends, you will see in-game messaging saying that the new season has started - Pre-Season 2.

Once the season officially ends, reward packs will be processed accordingly. There will be in-game messaging telling players that they will need to go back to the Madden Ultimate Team Main Menu to receiver their rewards. 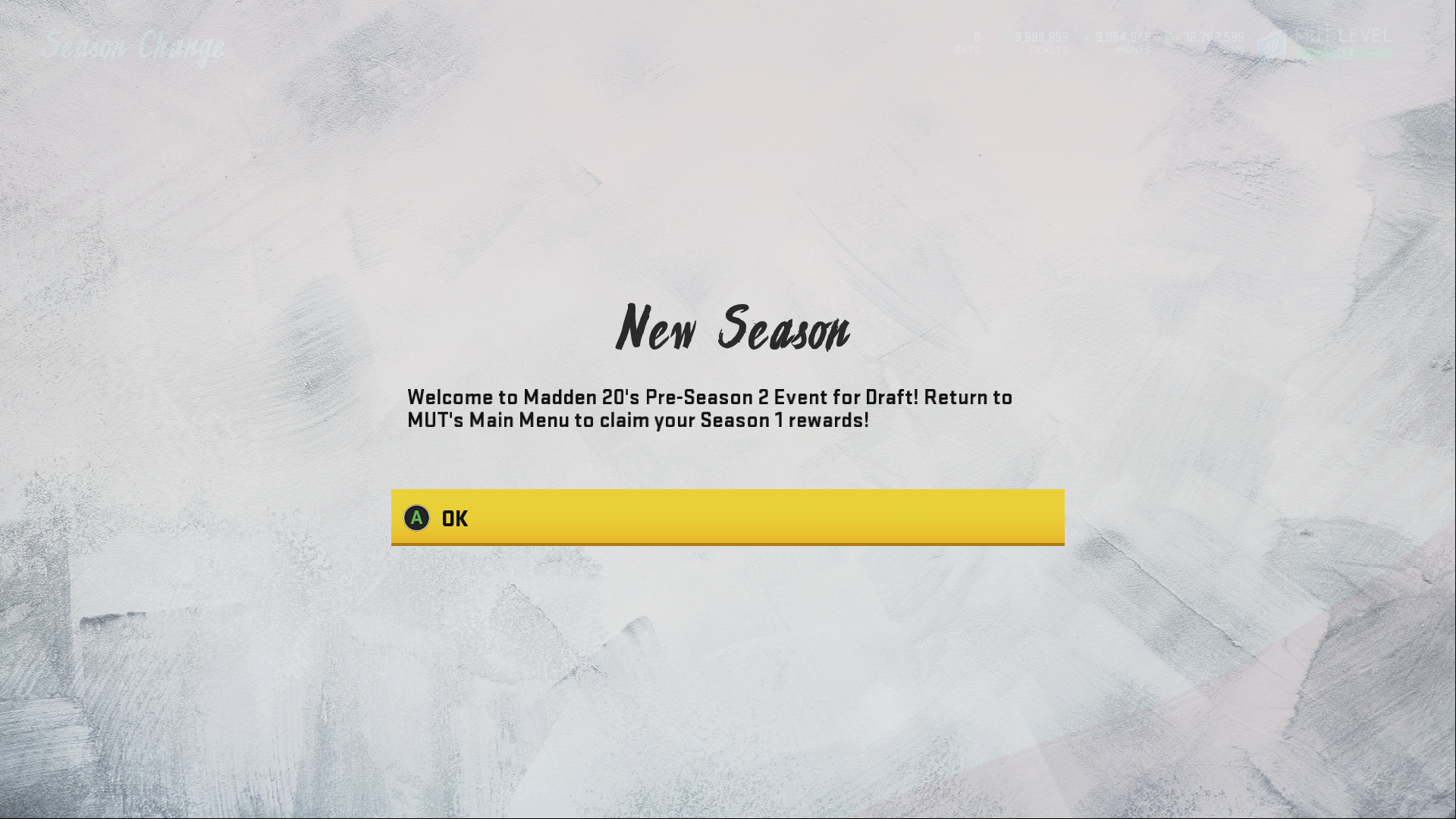 Below is a breakdown of the Competitive Season 1 Rewards: