Learn more about Madden NFL 21 news HERE
Are you ready to hit The Yard in Madden NFL 21?
Get the deep dive on this new game mode HERE 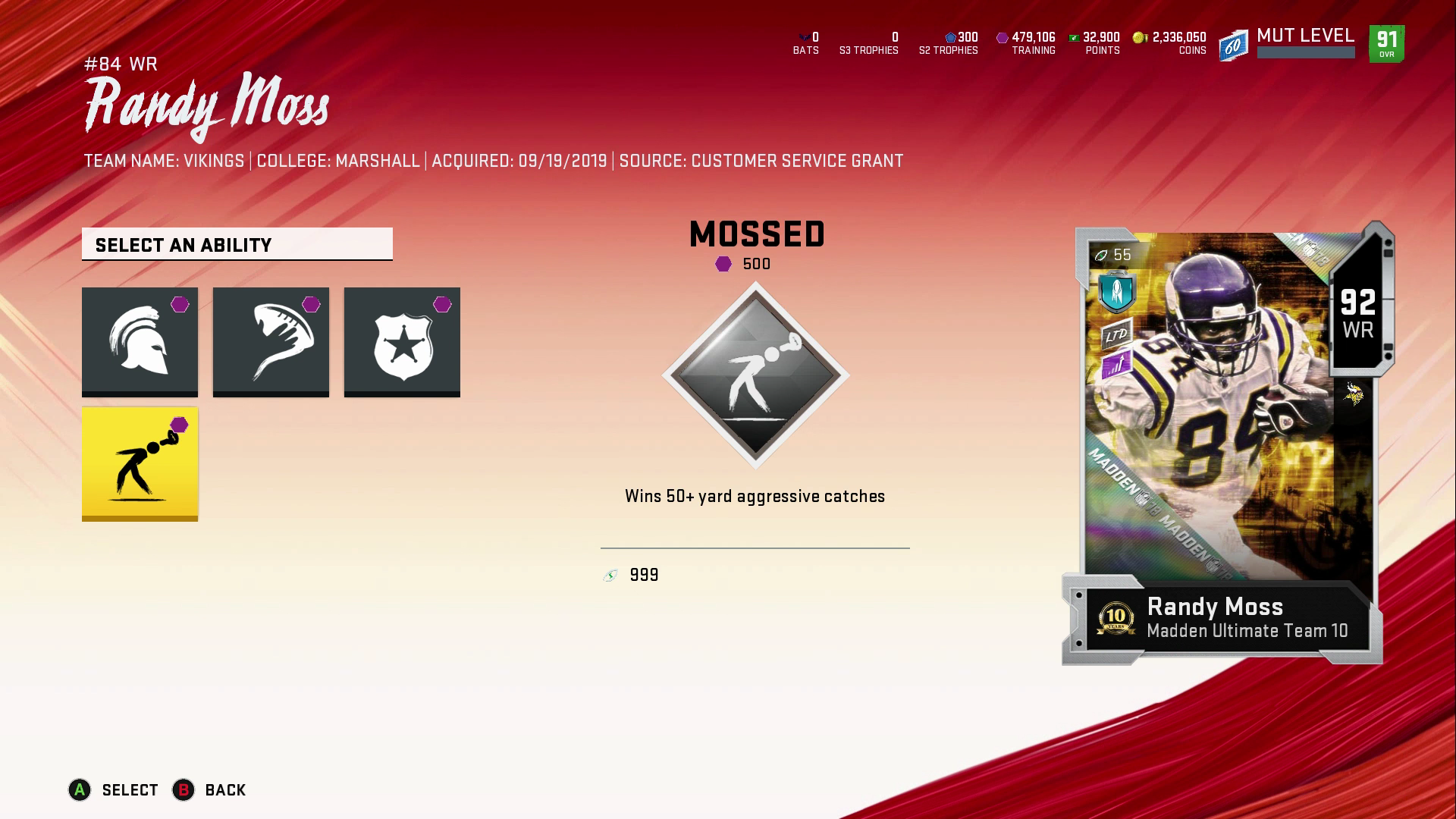 In yesterday's Title Update, we released a new Ability called "Mossed". This ability was inspired by Ultimate Team Legend WR Randy Moss and when players with this ability enter the zone, they will win contested catches regardless of coverage on passes of 50 yards or more. This ability was available as a Zone ability for wide receivers and tight ends.

After the launch of this new ability, our teams have been monitoring player feedback and we will be making a change to the Salary Cap value of Mossed from 30 Salary Cap to 999 Salary Cap.

Our teams will continue to monitor community feedback around the new Mossed ability and make changes as needed.