Superstar KO Producer JP Kellams (@synaesthesiaJP) here, wishing you a Happy Thanksgiving Week filled with football and fun. As we mentioned when we launched Superstar KO, we feel it is a constantly updating live service that we are building together with you. Since launch, we’ve seen your passion for the mode, and we’ve done our best to give you new teams, new Superstar icons and legends, and even a visual overhaul for the stadium with our friends from Gatorade. However, one thing we haven’t done is introduce House Rules. That changes today. 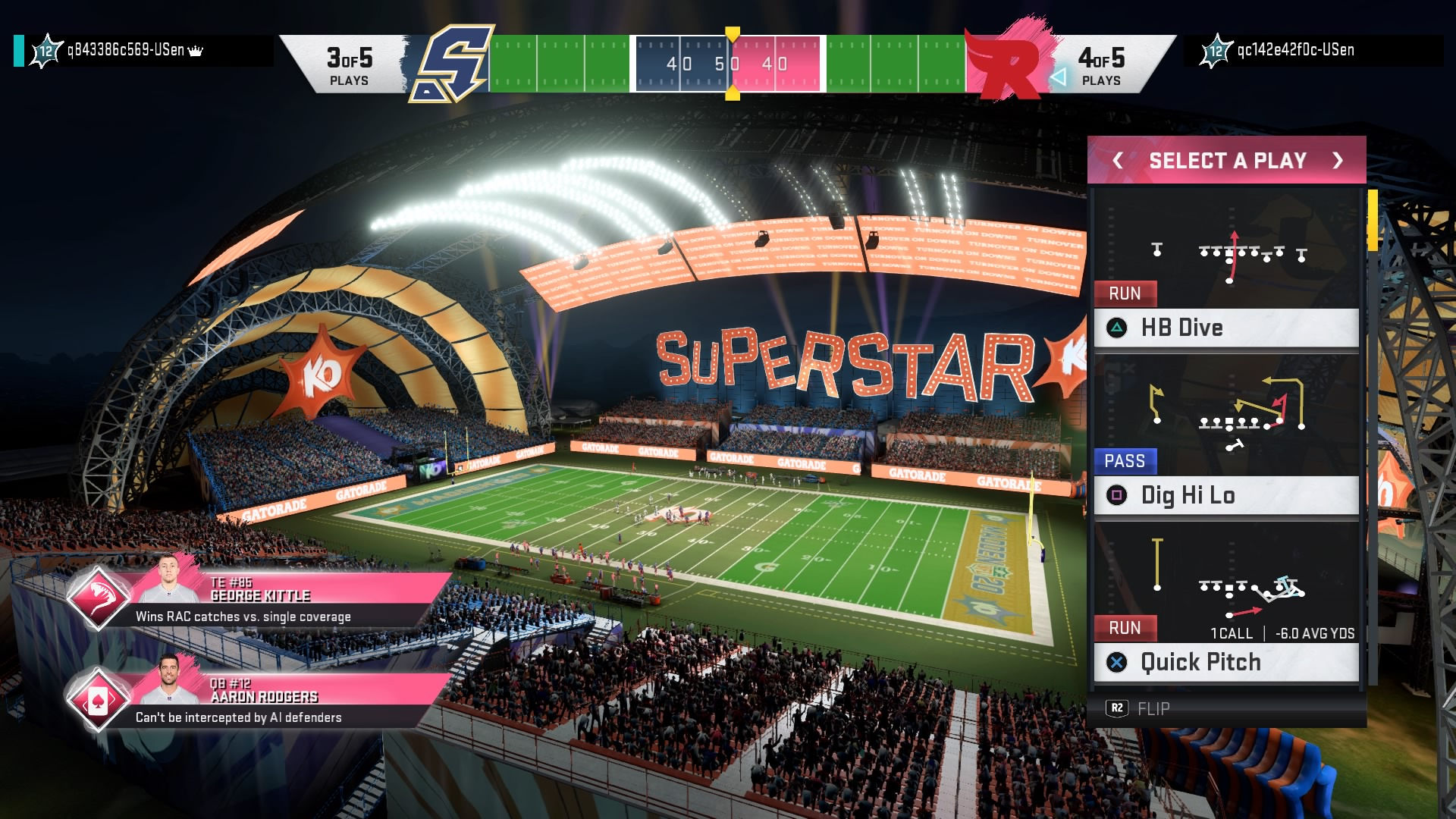 Superstar KO is our testing ground for new gameplay concepts. Just like it was built on the foundation of the House Rules work we did in Madden 19, we are using KO as a home for some fun ideas we are working on. For this Thanksgiving Week, we want to thank you for all the awesome support and show you an idea we have for Tug of War. Our goal is to get your feedback and use that to inform changes we make moving forward. This is really an experiment, so pardon our dust if you notice some bugs or issues. So, for the first House Rule to hit Superstar KO, welcome Expanding Endzone Tug of War. 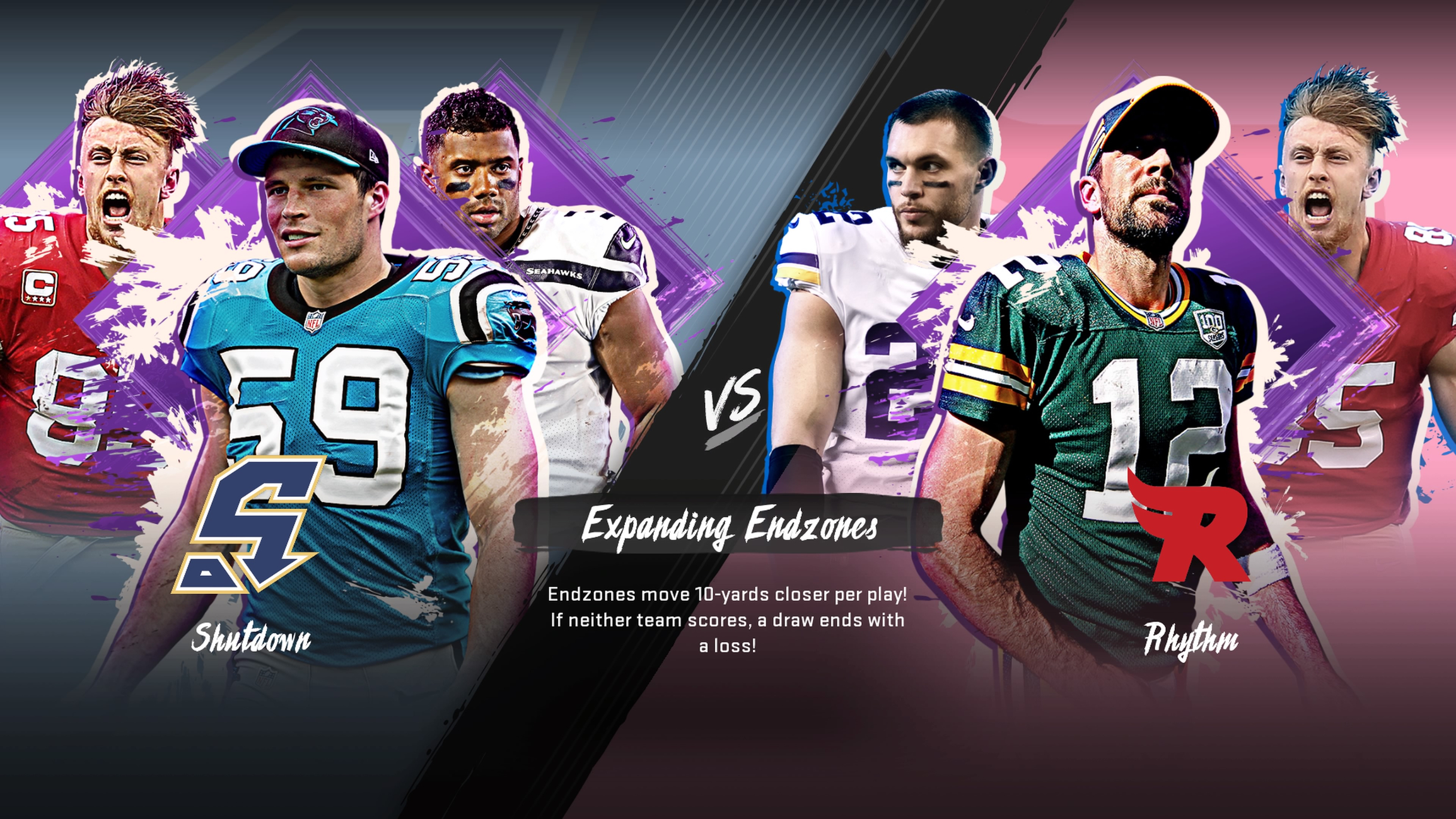 We’ve not kept our influence from Battle Royale games a secret, so when we decided to iterate on Tug of War, the “circle” from BR games felt like a natural choice. Here is how it works:

Note: If the Endzones expand and place you into a scoring position, you must break the plane of the goal line with a user action to “win” the game. This means the following: 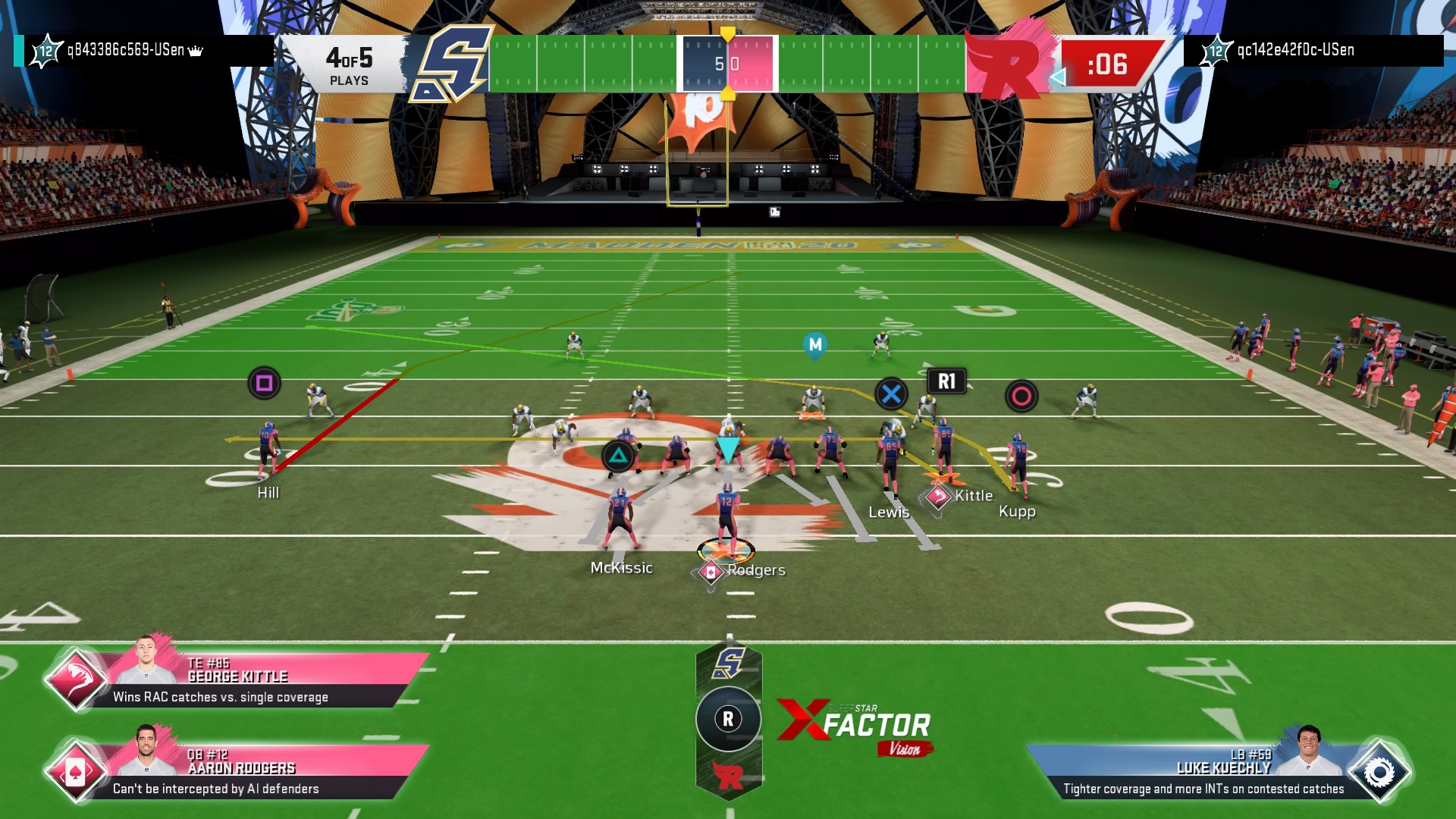 As you can tell, when the endzones move, it creates a bunch of interesting football situations that we’ve never encountered before. We’ve made some choices about these (you must actually do something to win) that might cause some interesting discussions and differences of opinion. That is why we want your feedback on what you think about the changes and the choices we made around them. Send them to me on Twitter @synaesthesiaJP.

Expanding Endzones will be available until Monday, December 2, at 10:30AM Eastern Standard Time. Enjoy our new twist on Superstar KO and we look forward to the awesome feedback to come! Happy Thanksgiving!