I get that 3-4 is the meta this year since day one, but dudes are still able to be in 3-4 all game vs spread formations and cover 4-5 WR sets while base aligned. The LBs shoot to their zone assignments as quick as DBs. I would say the LBs cov needs a nurf. If a player’s zone is 50, he shouldn’t be able to shoot to his zone like that. Then you can’t run against it because it’s a 7 man box vs a spread formation. Not to mention you can’t catch a snap and throw quickly while there are free rushers. So I end up taking a sack because the WRs button I push doesn’t register. And tried screens, but the WR stands there for a literal 1-2 seconds before he can move after a catch so I keep losing yards even though the CB is off and the OLB is lined up a foot outside the tackle. Lol

Same goes for Dime, Dollar, and Quarters formations vs power run formations. The “weak box” mechanic should have stayed in game, because now, I play dudes that blow up runs in dime, dollar, or quarters by usering a good D lineman and getting an auto shed then tackle my RB for a loss while I’m in like strong I or a normal I formation.

I also played a guy that could run around my offensive tackle with a blitzing cb without the tackle attempting to lay a finger on him on pass plays at will. I shifted my line left and the tackle was 86 ovr Peters. 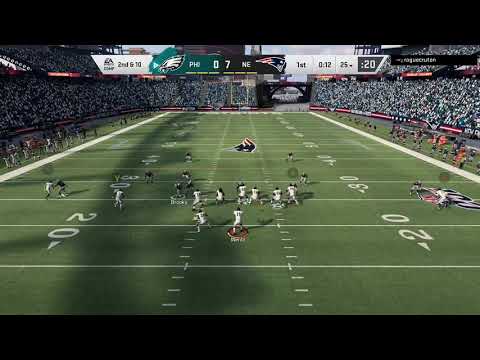 3-4 pinch dog 2 blitz is completely OP. A dude in my league ran that and the CBs can play flats but they also drop back like it’s cov 4. So there is zero space to throw a streak between the CB and safety. Also, if I tried to throw an out, curl, or comeback, the CB was under it every time. It’s like sheesh, what can I do? I actually went on YouTube after the game to see if it was any videos on how to break 3-4 pinch dog 2 blitz and the only video I found was a guy trying to run Seattle out of bunch, but he only completed the pass about 30% of the time. It seems like all cov 2’s don’t play like that. I don’t get it.


Onside kick off glitch is still live and well in game as well. If you’re in a normal kick off return, they kick the onside to try to get it back, if you’re in an onside kick return then they can glitch kick it deep. How is this glaring bug still in game? Recorded this a few hours ago. 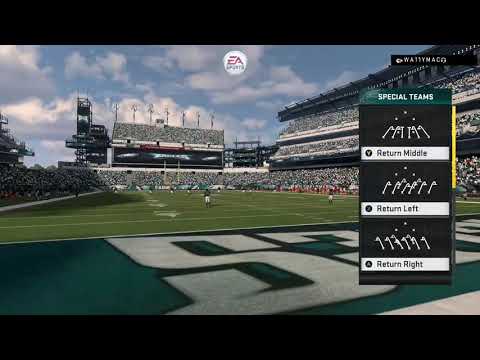 And I recorded this animation today where the WR is laying on the ground after a possession catch, but since I had Ramsey, the animation made him go back up in the air for a drop pass after being hit because great defenders can use the force apparently Lolololol Unreal. 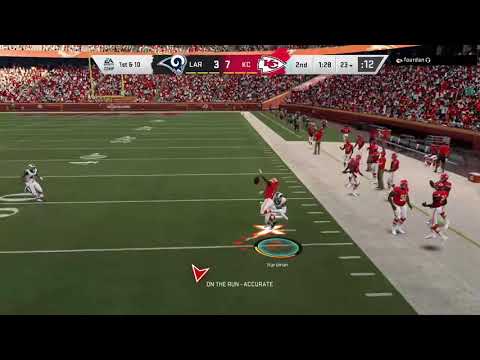 Since I’m a teacher out on winter break, I’ve been playing a ton of H2H to get better for my league and I’ve been running into a ton of glaring issues, and issues I already knew of being way worse. And this is after all the tunings and fixes. In the year 2019-2020 this is what we have. I don’t even know where they could start to attempt to fix the game for next year. After the past 3 maddens I have lost all hope for them to turn it around or even attempt to turn it around since they release it annually riddled with bugs. The gameplay is at an all time low and the features are lacking things from 10-15 years ago.

My record on H2H is like 120-50, so I think I’m playing some top tear players but I cant be so sure since there is no H2H data anymore lololololol