Earlier this morning on Good Morning Madden, we revealed Series 5 and Theme Diamonds 2. We also shared some information about changes coming to NFL 100 Eric Dickerson and what new Alternate/Throwback Jersey's will be coming to Madden Ultimate Team as part of Series 5.

Before we highlight the NFL 100 Eric Dickerson changes and the Alternate/Throwback Jersey's coming as part of Series 5, we wanted to take a moment to answer a community question regarding Theme Diamond 2 Master Night Train Lane. Players will be able to equip Theme Diamond 2 Master Night Train Lane with x3 Team Chemistry for all the teams he played on (i.e. Rams, Cardinals, Lions) or x1 Team Chemistry from any of the other 29 NFL Teams. 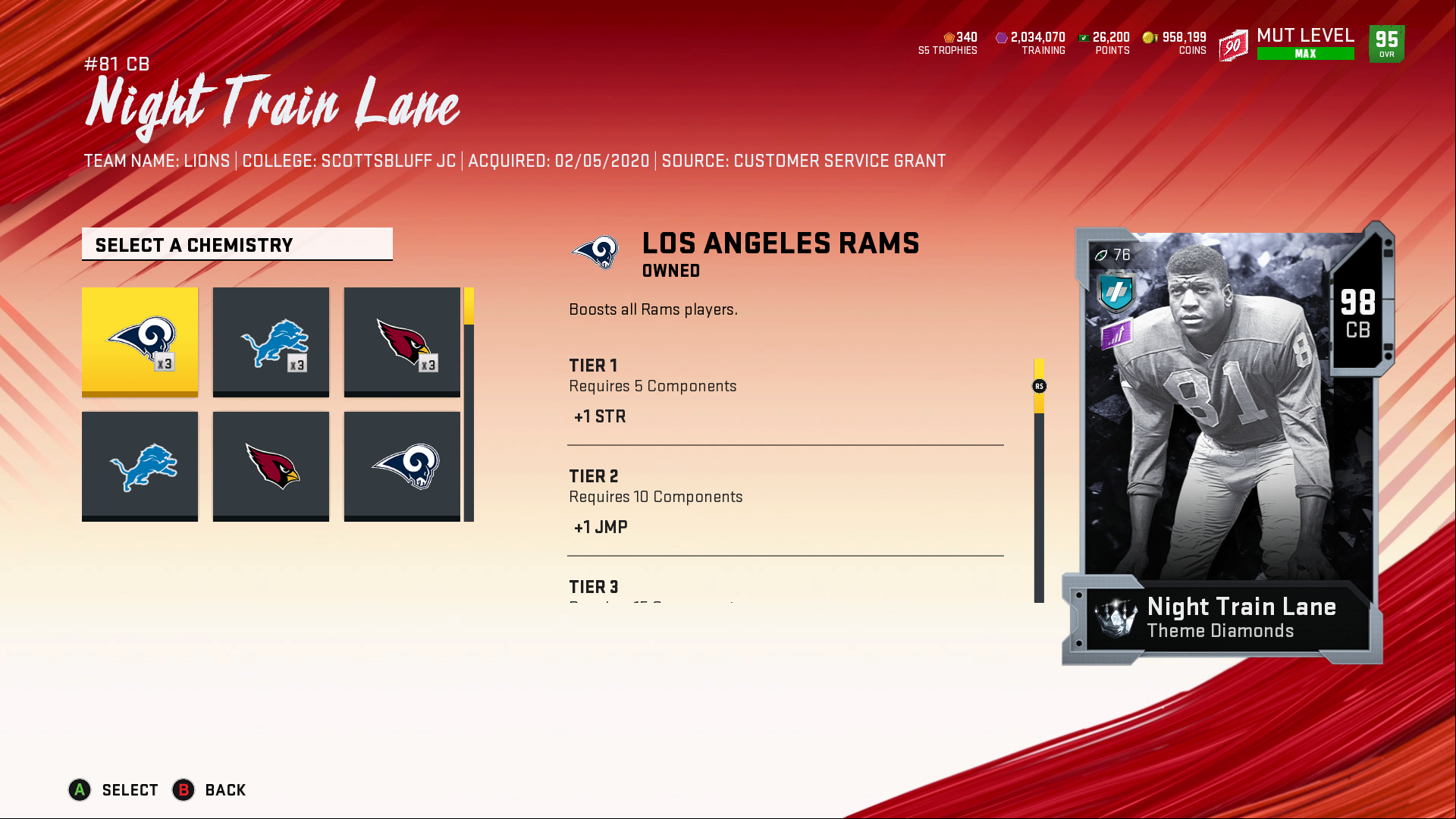 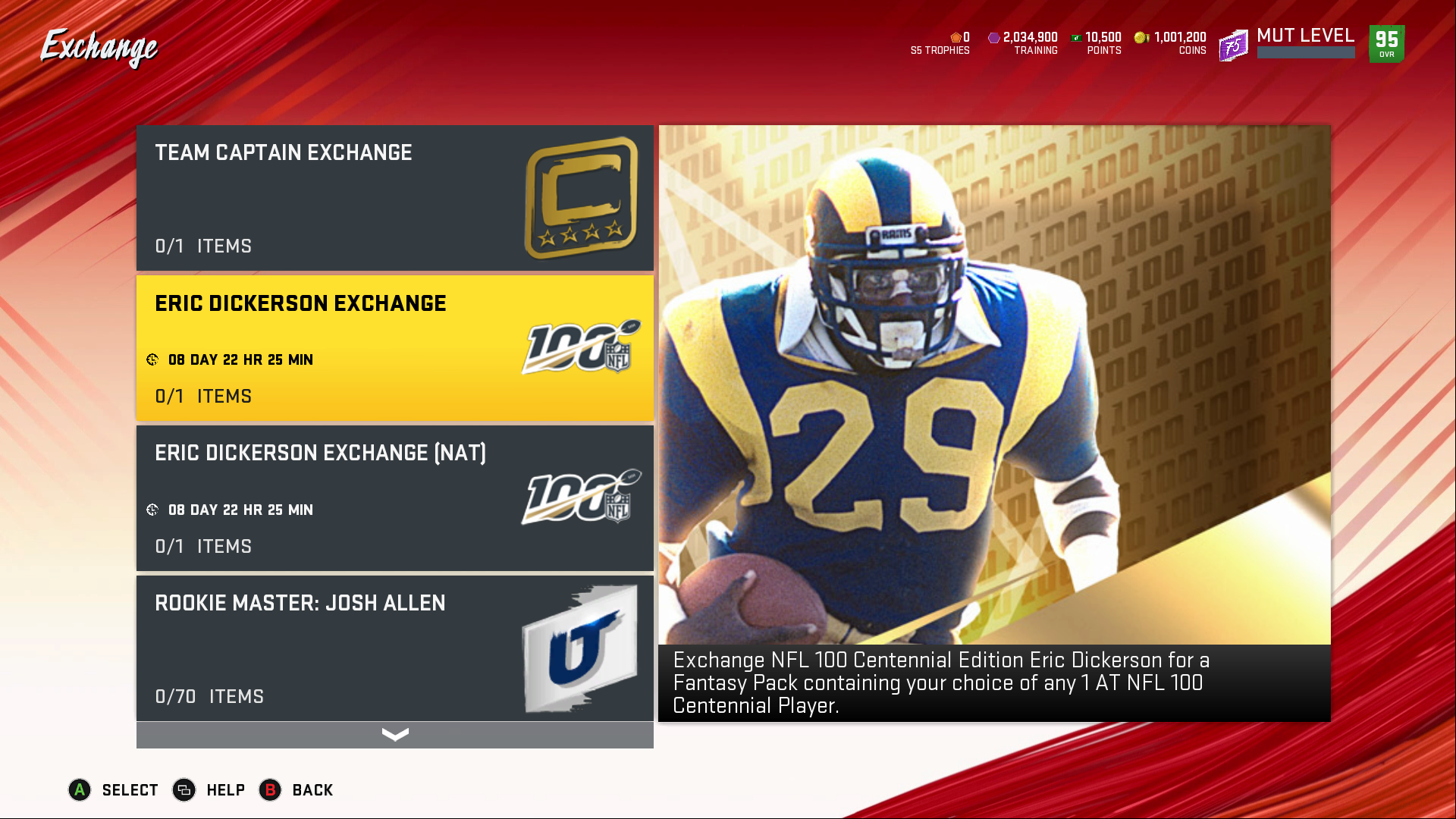 Starting tomorrow, Friday, February 7th, Eric Dickerson's knockout conditions will change. Eric Dickerson's Superstar X-Factor will start and stay on but instead of it turning off when you tackle him for a loss it will now be after 5 downed plays (including special teams).

The reason for the change is to provide competitive balance based on data and community feedback surrounding this player item. This data and feedback does not hold up for any of the other NFL 100 players.

Due to this change, we will be offering a non-repeatable set that will allow players to exchange an Auctionable or NAT (Non-Auctionable/Non-Tradeable) versionof Eric Dickerson. In return, users can choose any of the players from the NFL 100 program. This set will only be available for 1 week. 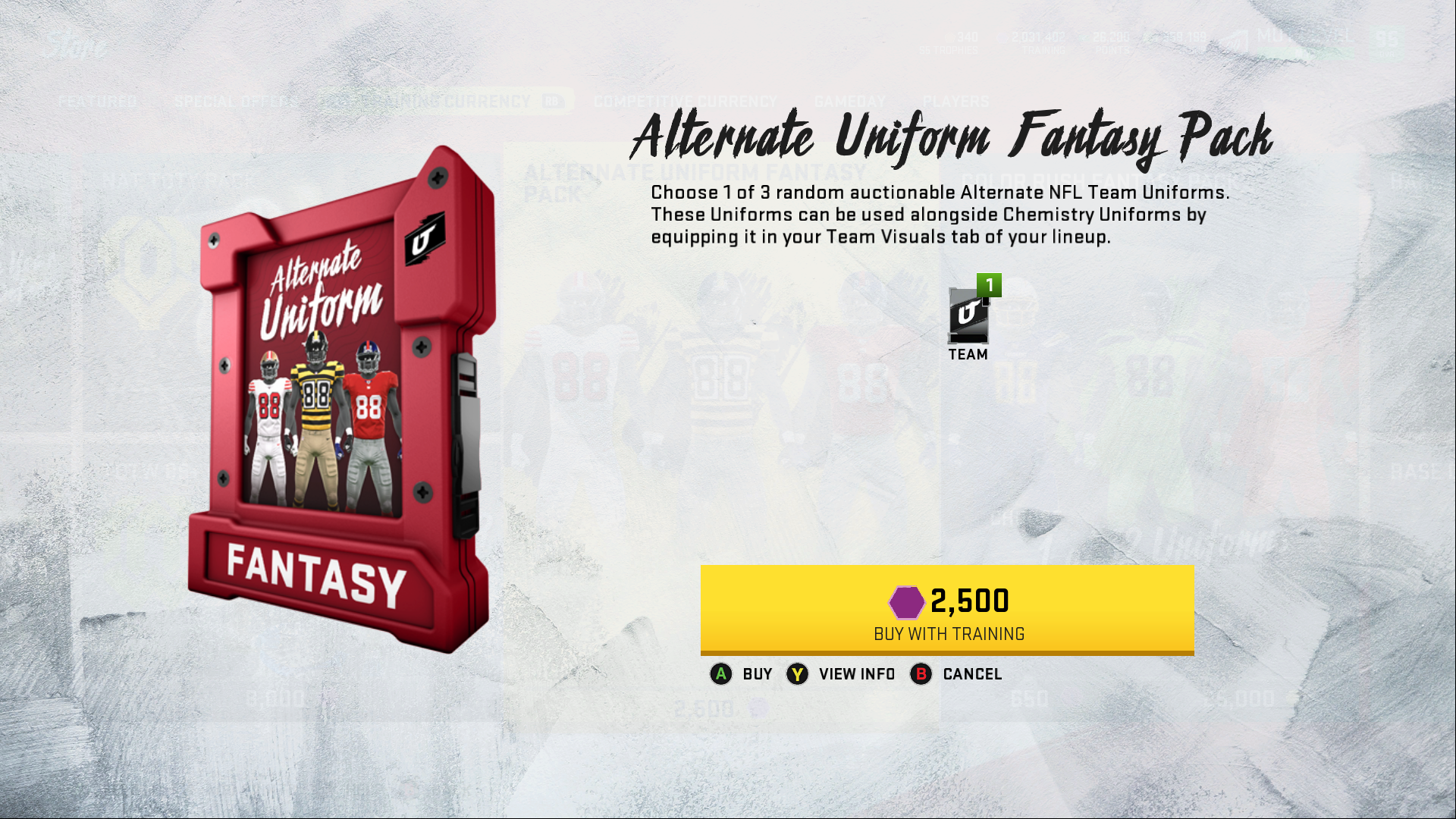 Starting tomorrow, Friday, February 7th, as part of the Series 5 release, players will be able to purchase an Alternate Uniform Fantasy pack for 2,500 Training. The Fantasy Pack will provide 3 random Alternate uniforms. You can choose 1 of 3 random auctionable Alternate NFL uniforms from this pack. Uniforms will quicksell for 2,250 Training.

Below is a comprehensive list of all the Alternate uniforms that will be available as part of the Series 5 release.