AI gets animation that my user couldn’t, tip picks, and WR vs DB positioning

tosstamer1
314 posts Member
April 10, 2020 12:44AM
Cut and made a video (5 plays) of a game I played yesterday after I re-downloaded madden 20 due to my connect franchise hommies asked me to take over the vacant Broncos.

First play, I’m usering Kwon Alexander with Zone hawk. I’m in perfect position, but he can’t even get an animation going for the ball. He just falls to his knees as I’m slamming Y to make a play on the ball.

2nd play, in the same exact game, the AI is controlling Alexander, and it’s the same situation, except Alexander comes down with a 1 hand pick.

Then the last play, I catch a pick behind the WR and I am clearly in no position to make a play on the ball. 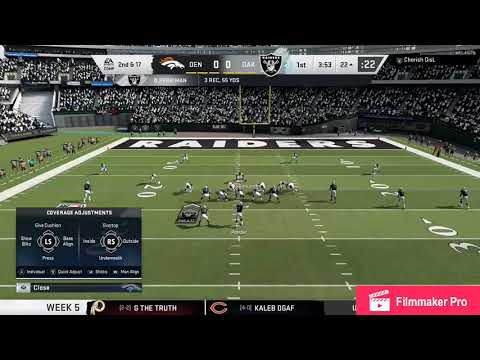