Take a step into The Yard

The NFL Draft is almost here and just right around the corner! Last Friday, the NFL Draft Program launched in Madden Ultimate Team, and if you are looking for a quick recap, check out our Twitch VOD for some details on the overall NFL Draft Program. A lot was released in the program like new Ultimate Challenges, a new House Rules Event, 32 NFL Draft Heroes like Von Miller, Patrick Peterson and Cam Newton, and an opportunity to get new NFL Draft Prospect Rookies in Madden 20!

Things to note about these player items from the Free To Play Weekend NFL Draft Pack: 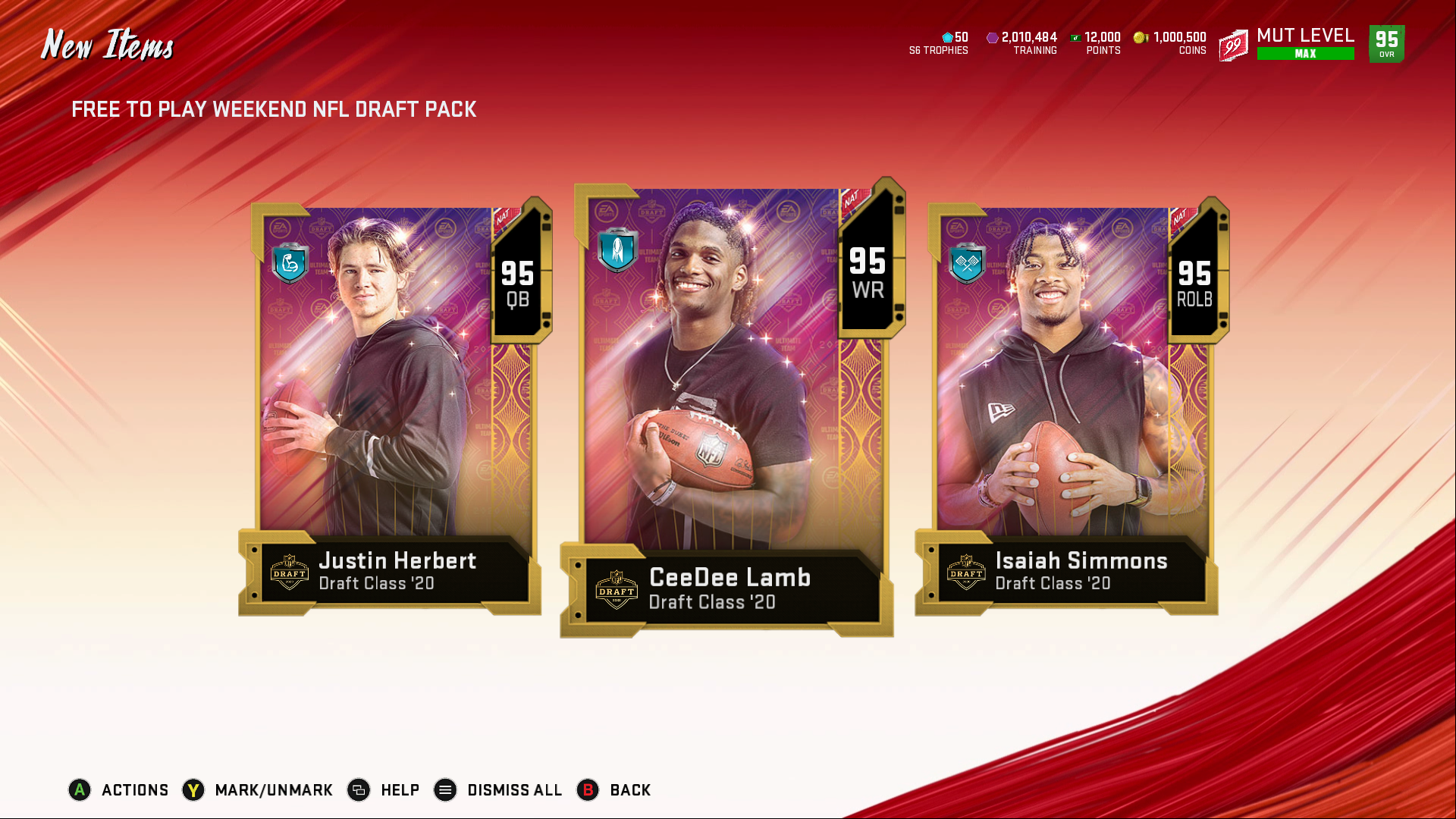 Pro Tip: If you have been stashing away your NFL Draft Pick Packs from the MUT Draft Pick Program in the hopes of getting any of these 3 players on your MUT squad, you can test these players out on your team before making the final decision to get their regular MUT Draft player item once available in game.

We hope you are excited for the NFL Draft this year! It’s definitely a little different from year’s past; however, it is great to see the NFL making this happen under the circumstances.

We hope everyone is staying safe and healthy these days! #StayandPlay