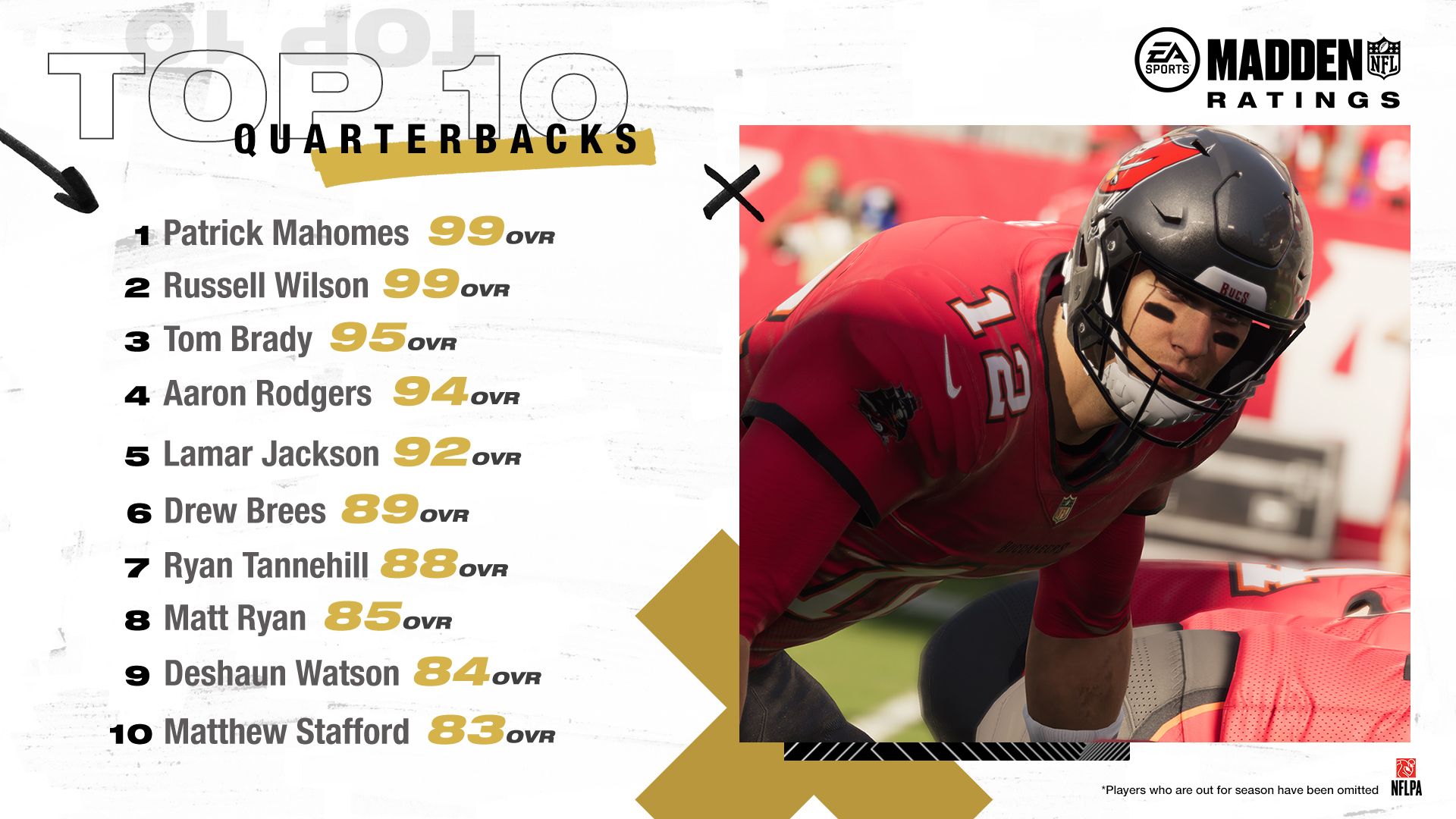 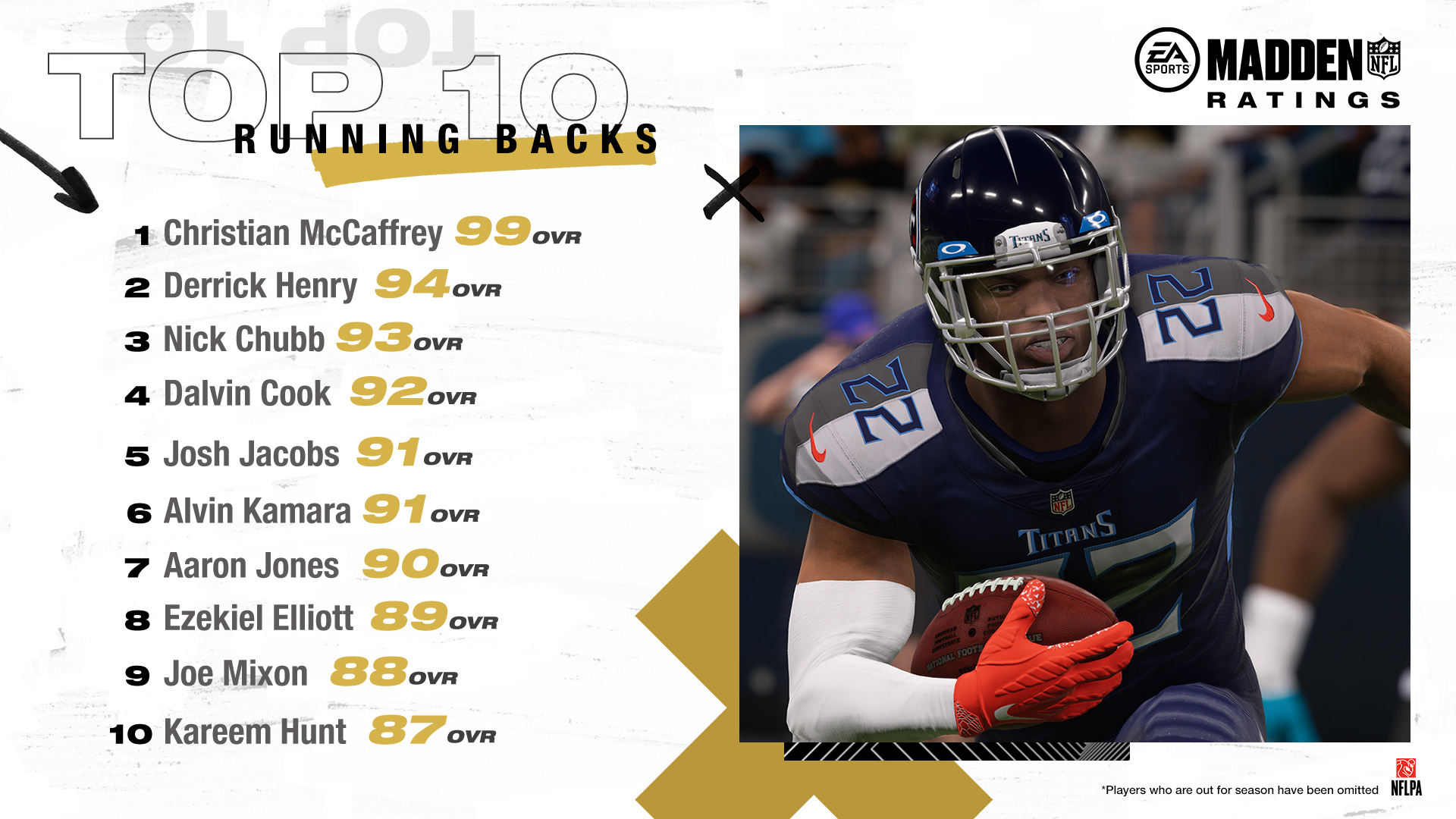 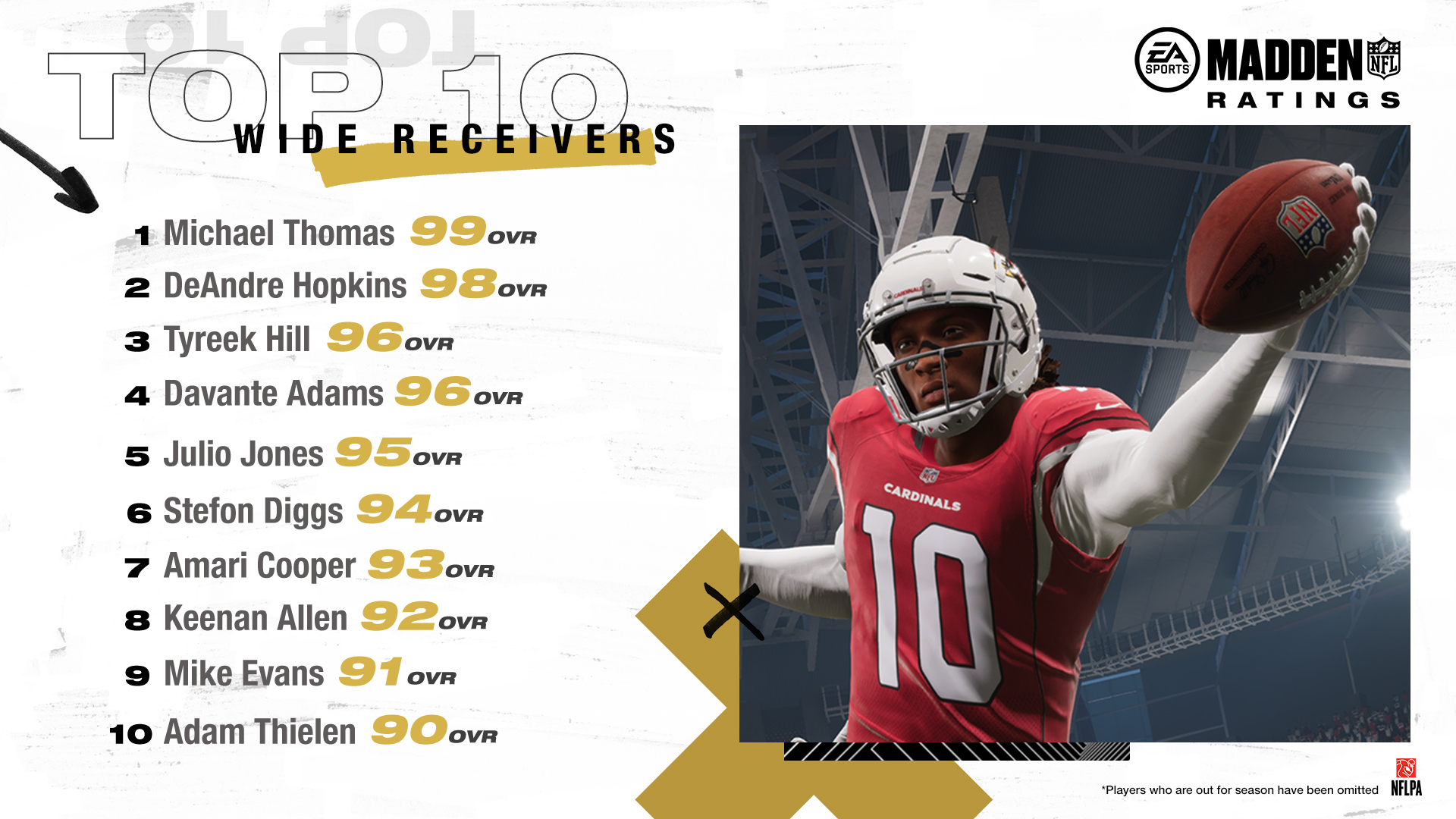 Fantastic finishes, last-minute game-winners, and a couple of sensational performances from some of the youngest quarterbacks in the league framed the narrative around Week 7 in the NFL. Justin Herbert and Kyler Murray led their teams to victory, Davante Adams and Tyler Lockett exploded in the stat sheet, and Rob Gronkowski found the end zone for the second straight game.

Of course epic runs, crazy catches, and incredible plays abounded all over the NFL. And the Madden Ratings Adjustor team is working hard to tweak, refine, and polish ratings across the league based on real-world performances. Let’s take a look and see who’s up in the ranks and who’s down. Access the full Madden NFL 21 Player Ratings Database HERE.

Ryan Tannehill | QB | Tennessee Titans
Nobody gave Ryan Tannehill a chance entering this year, to keep up his stellar production that seemingly came out of nowhere when he replaced Marcus Mariota as the Titans starter last season. But he’s just kept chugging along, leading his team to a 5-1 start with their first loss in Week 7 against a tough Steelers defense. Still, Tannehill managed to throw for 220 yards, two TDs and no picks in that game, and has a combined nine TD passes and one pick over his last three outings. His TD:INT ratio on the season is an impressive 15:2, and the Madden Ratings Adjustor team has taken notice, hence the huge +4 OVR bump this week.

Rob Gronkowski | TE | Tampa Bay Buccaneers
Gronk is … back!? The beloved tight end came out of retirement to play with his BFF Tom Brady in Tampa Bay, and while it’s taken a few weeks for Gronkowski to get back into football shape, he’s looking like one of Brady’s favorite targets recently. Gronk has compiled a 13/192/2 line over his last three games, and has scored in two straight. The Madden Ratings Adjustor team knocked Gronk’s OVR to start the year as he was coming out of retirement, but he’s creeping his way back up the TE ranks.

Clyde Edwards-Helaire | RB | Kansas City Chiefs
The rookie running back has been solid for the Chiefs this season, and Clyde Edwards-Helaire picked up another touchdown in Week 7 on one of his eight rush attempts. He’s also averaged six yards per carry over his last two games and has been a consistent producer out of the Kansas City backfield. So the Madden Ratings Adjustor team is giving CEH’s OVR a lift for the second straight week as a nod to his consistently strong production week in and week out.

Lamar Jackson | QB | Baltimore Ravens
The Madden NFL 21 cover athlete and 2019 league MVP has regressed a bit to start this season in terms of his passing production, compared to a year ago. His rushing ability is still elite -- he rushed for 108 yards and a score in Week 6 against the Eagles, but his passing yardage totals and completion percentage are not what some expected them to be at this point. Yes, the bar is high, coming off an MVP year, so let’s not freak out too much. But when it comes to Lamar Jackson’s Madden rating, the Madden Ratings Adjustor team has to doc him slightly on some passing stats.

JuJu Smith-Schuster | WR | Pittsburgh Steelers
Everybody at Madden NFL loves JuJu Smith-Schuster. You could argue that everyone on the planet loves JuJu. But he’s simply not producing as expected to start the year. Granted, he soaked up 14 targets in Week 7, but still only had 85 yards to show for it. Through six games, Smith-Schuster has a 32/279/3 line, and there are a couple of young WRs on the Steelers “stealing” looks, like Chase Claypool (four TDs in Week 4), and Diontae Johnson (two TDs in Week 7). We still love JuJu, but what’s fair is fair in Madden Ratings.