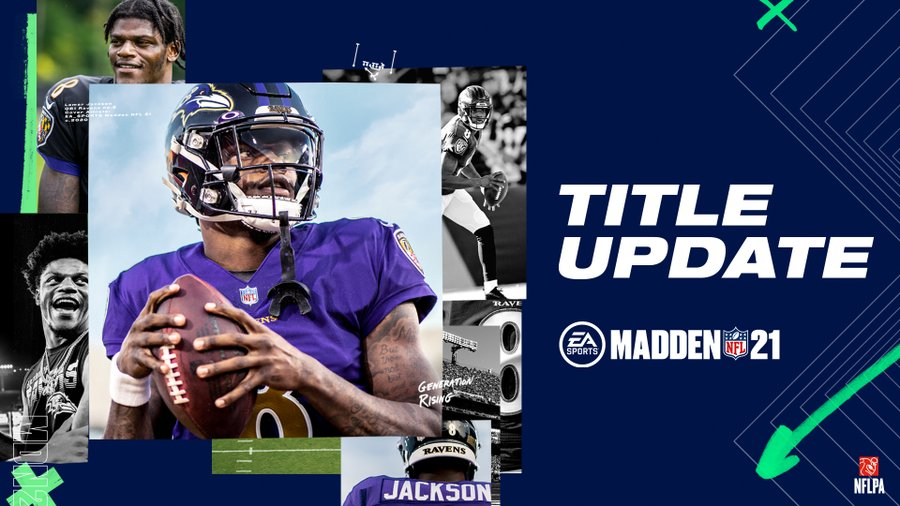 Tuning to decrease catching penalties for defenders catching in traffic

DEV NOTE: These two changes will reduce the number of dropped interceptions for the defense, but they will not eliminate them completely. There will still be situations where defenders will not successfully catch INT’s based on ratings, physics, or interactions.

Added logic to slow down the QB's acceleration at the end of the dropback on QB Draw plays, as well as restricting the direction the QB can move immediately after catching the snap

DEV NOTE: Based on player feedback and stats data, we saw that QB Draw has become too powerful. With these changes, the QB Draw play will have to be used more strategically rather than being a core play.

Fixed an issue causing RAC catches to be dropped a little too frequently; also tuning to reduce the distance for additional defenders to cause catch-knockouts

DEV NOTE: Based on player-feedback and playtesting, we found that RAC catches specifically were being dropped too much on both Competitive and Simulation game styles. These changes will significantly increase the chances of successful RAC catches when throwing to receivers with a step or two of separation on the coverage and provide better balance vs. man coverage.

Updated the QB Slide and QB Dive mechanic for ease of use:

DEV NOTE: This is the second time we’ve changed these mechanics via title update this year, which is certainly not ideal, but our players told us that the previous iterations simply were not working for them.

DEV NOTE: Our stat-tracking data has recently shown a spike in average yards per carry on outside running plays on the Competitive game style, so we are making some tuning adjustments to blocking to reduce the effectiveness of these plays.

Fixed an issue causing the ball to sometimes launch across the field after a hit-stick vs. the receiver on certain catch animations

Remedied an issue where users had to open Fantasy Packs twice

Updated the art on the Item Compare screen

New Mode: Endless Run - Compete to set the highest win streak in Superstar KO history! Play until you lose and then see how you match up against the greatest KO players in our new global leaderboards for Endless Run.

Mouthpieces are now enabled throughout the game, we took extra time to ensure we covered all the bases and it would work everywhere correctly, as a longstanding community request we are happy to announce these are usable and fully functioning throughout the whole game.