Is this: a glitch, me doing something wrong, or evidence of a broken game?

pearl_drummer111
23 posts Member
January 23, 2021 10:35PM edited January 23
This is regarding players with Superstar and Superstar X-factors on my team in franchise mode.

I'm new to all this X-factor nonsense as I didn't play Madden 20, but what I'm witnessing in this game is puzzling to say the very least. Nothing really seems to be showing up on the field regarding abilities.

As you'll see in photo 1- Logan Ryan is a Superstar. Photo 2 during game play, he shows nothing? Shouldn't there be a "star" logo or a box with what his ability is?

Photo 3, a player who I drafted, turned out to be a Superstar X-factor, yet in photo 4 during the in-game screen, he shows as a just a superstar. Furthermore, in the game, he has nothing under his name.

My one offensive player, Barkley, just shows a little black box with a train in it. But there's no "X" is that normal?

This all seems to be abnormal. I even adjusted the number of Superstar X factors and Superstars in the league to a higher number, thinking "hmmm, maybe these guys exceeded the number allowed in my franchise?" Still nothing.

So, is this a glitch? Am I doing something wrong? Or is the game broken? Input from someone from EA would be helpful here. 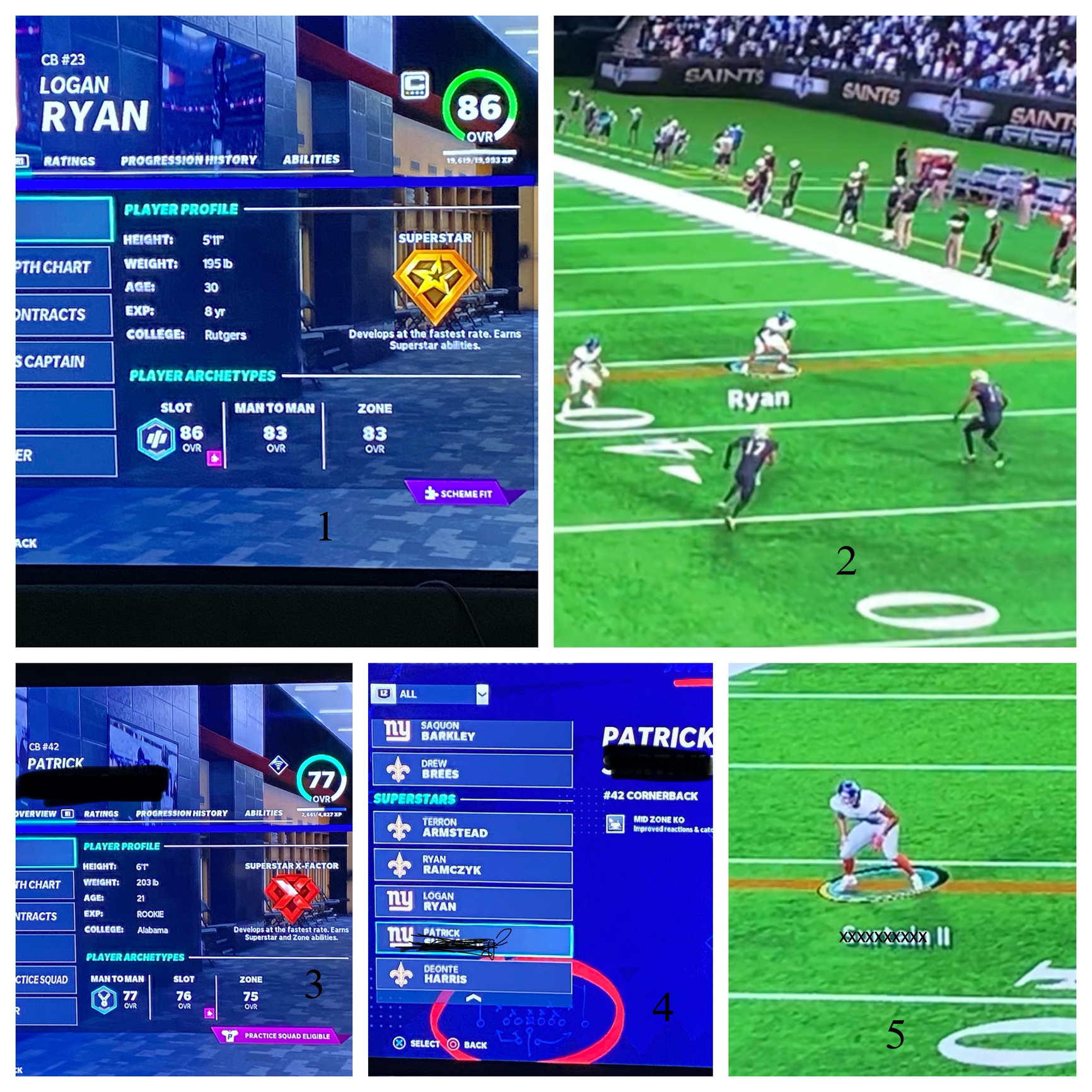