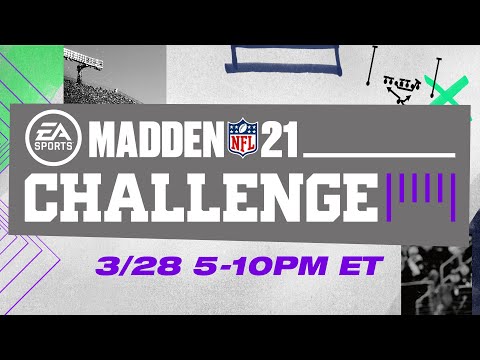 JListheillest
67 posts Member
December 8, 2021 1:43AM
1) When the defense picks its plays, let the defense out of the huddle and **show the field, allow the defense to start making adjustments as soon as the play is picked. The amount of quality adjustments needed by a defense are multiple since CPU guys don't cover, or jump routes, and CPU players are constantly falling asleep and getting crossed up. Defensive adjustments are critical to slowing offenses down, which in the end with spam and slants and the like is almost impossible against these spam players.

Real life, the defense does leave the huddle quickly, usually is already on the ball when the offense is still calling the play. We're seeing a lot of high ranked players, spamming four plays, or less the entire game. If you would let the D break the huddle, we could start making those adjustments, in particular, individual player adjustments.

Madden 22, finally, made some upgrades to the offensive playbooks, we lost some things, and there's still limited options but it was a start. On the defensive-side, we cant say the same, still looking pretty inept. Not one single play just doubles the wide-outs, or doubles the slots, or hybrid man - zone schemes. These can only be crafted during the play.

Here's the problem get caught plugging in some adjustments, when the play is snapped and your are guaranteed to get busted in the coverage, and probably don't even know what player you're controlling.

2) if there is any way to deter scrub players and cowards from shutting off their x boxes because they cant handle and L, it would be great. Like if a guy "disconnects" which is always a box getting turned off, only let him play other guys who do that, so they can do it to each other. For the real gamers, like myself, and other professionals, we play the entire game out, regardless of score or situation or bad pick. Once maybe, but if you disconnect 5 times, you go play in the league with scrubs and cowards.

When a player concedes the game, it doesn't mean i still don't want to see the stats or the highlights, so if I could stay in the pause screen that might be nice. If a guy concedes game okay. But i almost never get to the end of the game, and often these coward children playing will shut the box of even in the last 30 seconds because they cant handle a bad loss.

I had to take my game online because franchise game-play is just so disappointing, i simply couldn't play it anymore.

The online head to head community, makes for good games every once in a while, but its usually scrubs who shut the box off, or packers and cowboys teams that force the ball to Adams the entire game through spam and glitch plays. But hey I like Madden so I'll try to squeeze some fun out somehow. I guess