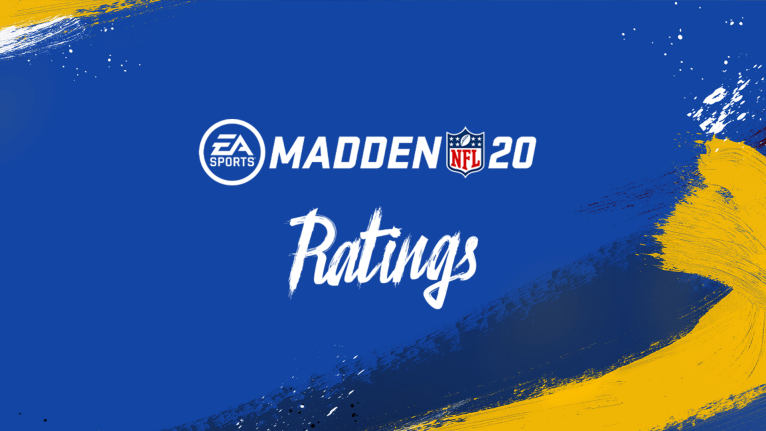 Kenyan Drake exploded for four touchdowns, Lamar Jackson did Lamar Jackson things, and Drew Brees broke another record. Those are just a few of the storylines from a wild Week 15 in the NFL as postseason football inches closer.

Now it’s time to get down to business and highlight some of the biggest risers and fallers in the Madden NFL 20 ratings ahead of Week 16 based on what went down in NFL stadiums across the country. Keep an eye out all season for our Madden Ratings Adjustors at NFL games. These guys are always watching. Access the full Madden NFL 20 Player Ratings Database HERE.

So get this. Lamar Jackson threw five touchdown passes last week, on just 15 completions. That’s right, a THIRD of his completions resulted in touchdowns. Insane. Jackson has proven time and again that he is the real deal, and last week’s smashing over the Jets only further solidified his status as the league’s MVP. Oh, he added 86 rushing yards for good measure. Just another day in the wild world of Lamar Jackson.

We finally got the Miles Sanders statistical eruption that we, err, his fantasy football owners had been waiting for. Against the Redskins last weekend, Sanders ran for 122 yards on 19 carries with a rushing score and added 50 receiving yards on six receptions and a touchdown through the air. He’s clearly able to handle a bell-cow type of workload and as a result of his big game, the Madden Ratings Adjustors are giving him an uptick ahead of Week 16.

What a return to relevancy last Sunday marked for one Breshad Perriman. The speedy wideout stepped into the No. 2 receiver role for Tampa Bay with Mike Evans sidelined, and he converted six targets into five grabs for 113 yards and three trips to the end zone.

This week, Chris Godwin might be out, making Perriman the defacto No. 1 option for the Buccaneers. He could be in for another big game against a questionable Houston secondary this week, and he’s quite deserving of his ratings boost.

It was yet another lackluster performance for Tom Brady last week. He completed just 51.7% of his throws and managed just 128 yards through the air, though he did toss two touchdown passes.

Still, Brady has fallen off a statistical cliff in the second half of the season, and the Patriots offense has been hard to watch as a result. The Patriots still got the win against a much lesser opponent in the Bengals, but perhaps Old Man Time is finally catching up to the GOAT.