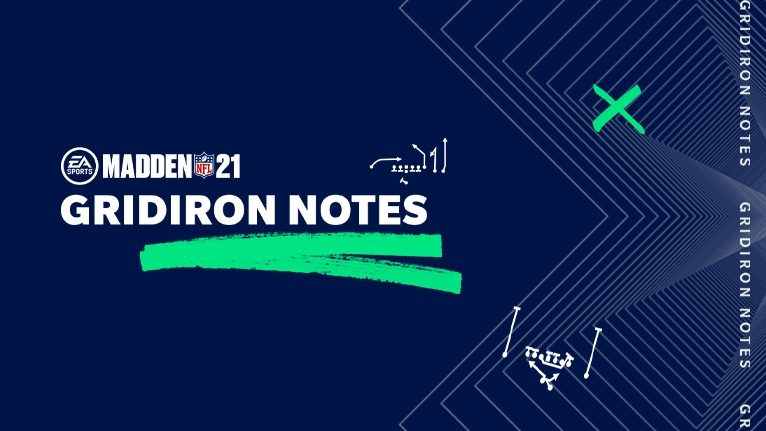 Fixed an issue causing the ball velocity to not always reach the desired speed on some specific QB passing animations.

Tuning to improve deep zone defenders reaction to crossing routes from a single-receiver side for highly rated defenders.

Fixed a rare issue causing QB’s to appear to use an under-pressure pass while not actually being under pressure.

New Superstar Abilities and Superstar X-Factor update, based on NFL Player’ performance up to this point in the 2020 NFL Season.

Fixed an issue causing defenders in man coverage vs. a ‘block-and-release’ RB to sometimes instantly switch their assignments to blitz when seeing the RB start to block, resulting in the RB being left uncovered once he would run his route thereafter.

Film Study - Defenders with this ability will have full vision of plays the offense has run 5 times each quarter; via coach cam.

DEV NOTE: Based on the feedback received from the Madden 21 beta, we re-worked this ability to provide more balance across our multiple game modes. One of those adjustments is based on players telling us it was too easy for the ability to activate, making it too powerful.

In response, the ability will now require a variable number of repeated offensive play calls before activating. This number will scale up or down based on the current quarter as well as the game's quarter length settings, with the required amount always being displayed via X-Factor Vision in pre-play.

Additionally, defender knowledge of these repeated plays will be wiped out when a quarter ends, giving the offense a bit more leeway with how they run their play-calling.

Backlash - Ball carriers with this ability will cause increased fatigue penalties against their tackler when tackled via a non-conservative tackle.

Recuperation - Players with this ability will recover from the effects of fatigue at an increased rate between plays.

Honorary Lineman - Non-offensive linemen with this ability will frequently win Impact Blocks when blocking defensive backs in the open field.

The following players have been downgraded from X-Factors to Superstars:

The following players are no longer Superstars, losing all abilities.

Users can now link directly from Avatar customization screens directly to the vanity story by clicking on the Store Advertisement or by Hitting Y/Triangle while viewing individual items.