Statistical proof that there is something wrong (EASHL 6s)

Nuckles37
80 posts Member
October 22, 2018 4:57PM
A user named Cheez Whizzzzz in the largest 6s league (LGHL) compiled some numbers regarding scoring in the league over the seasons going back to NHL 13.

(note: this is goals per game PER TEAM, and seasons are listed under each game) 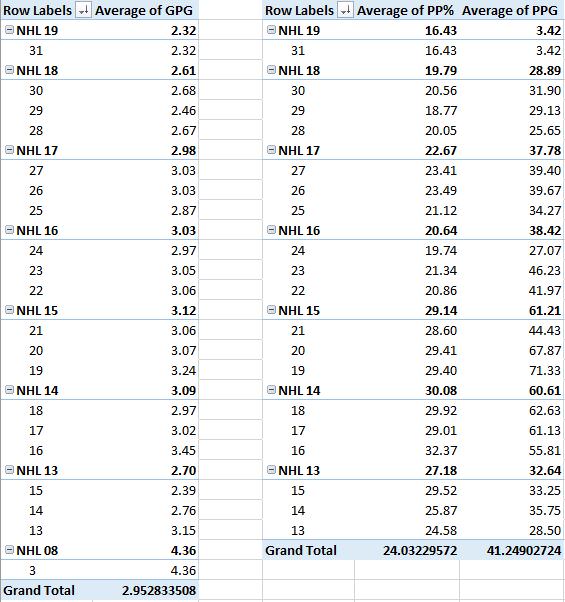 There is widespread talk on the league forum of people not enjoying this game at all and wanting to quit. Smart passing plays result in almost no scoring opportunities. One timers are basically useless. The best way to score goals by far is to throw weak shots on net and hope for a good rebound or a deflection.
Even entering the offensive zone is very difficult because playing the trap is the perfect defensive strategy in this game. You can easily bump someone off the puck or poke them, and dump and chase doesn't work with the patched skating engine.


And yes, this isn't going to be indicative of how your average player will feel about the game. This league has over 6000 people signed up this season in xbox and playstation combined across the CHL, AHL, and NHL, with a lot of top 6s players in the game playing in the NHL. This is showing how broken the game is towards the high-end skill level.
6