HoodHoppers
1486 posts Member
November 18, 2018 6:00PM
So I just decided to record what a solo drop in game looks like. It's an awful experience, and quite often you encounter this very exact game over and over.

First of all, the skill level. Nice cycling you won't see because the skill level is too low and players are just overly selfish (I'm completely the opposite, I feel bad for my teammates so I try to force passes for assists for guys who don't position themselves properly for one timers). You'll get the trolls. You'll get the quitters because of the trolls. Then the goalie leaves because the game isn't going well. And then the team with the AI goalie wins.

As you can clearly see displayed below! This is the perfect stereotypical solo drop in game. You have red, who only cares about himself, even though he's a complete plug, deciding to troll and do the offside thing all game long while his teammates actually try to play the game. This forces the goalie to leave. So now, advantage in our end. Then red leaves. His trolling got too laborious in this game, so he's deciding to take his talent-less hockey to another game. Then, the other team, who is clearly at a disadvantage now has to deal with the AI, while fending off the oncoming victory as long as they desperately can. As often you see, it's inevitable because the skill of the teams is too similar at this point (God awful).

And alas, here it is for your viewing pleasure. I still don't know why anti-trolling techniques haven't been implemented, but oh well. Also please note, that there is very few decent hits (maybe 2? One being from an AI), even though the strategy of both teams is to clearly skate into the opposing defensemen. 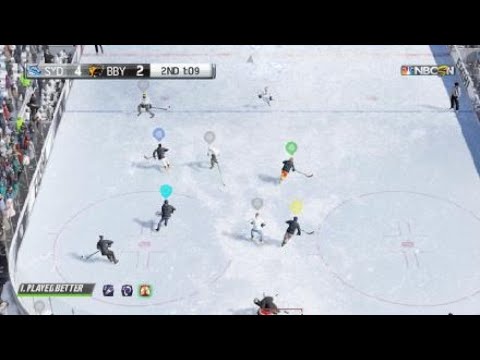 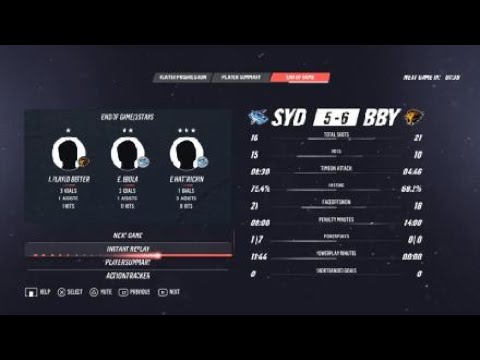