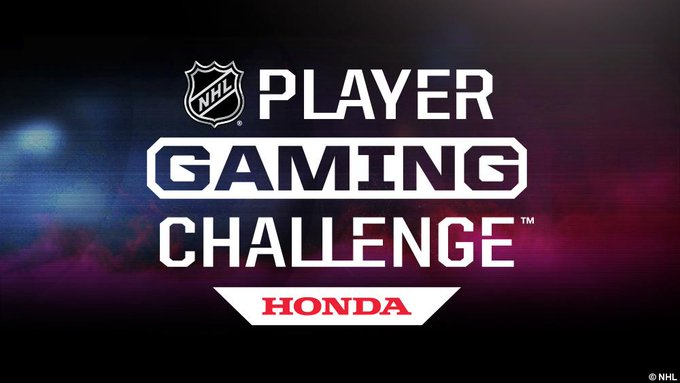 NEW YORK - In coordination with ESL Gaming, the National Hockey League (NHL) today announced the first-ever NHL Player Gaming Challenge™ presented by Honda - the NHL's Official Automotive Partner - featuring NHL players representing all 31 Clubs. In addition, the NHL's newest franchise, NHL Seattle, will take part in the League's latest #HockeyAtHome initiative. Over the course of four weeks, beginning April 30, each Club will be represented by one or two current players and featured in a one-time matchup against another Club. Weekly matchups, storylines and broadcast details will be revealed at the beginning of each week. This League esports activation in EA SPORTS™ NHL®20 is a fun and unique way to engage hockey and gaming fans and is supported by the National Hockey League Players' Association.

The National Hockey League Foundation and Electronic Arts will donate a combined $100,000 in support of the CDC Foundation's COVID-19 relief efforts. The CDC Foundation is an independent nonprofit that helps the U.S. Centers for Disease Control and Prevention (CDC) save and improve lives, including during the COVID-19 response. Click here to join the cause.

The impressive lineup of confirmed player talent for the NHL Player Gaming Challenge™ presented by Honda includes Brady Tkachuk of the Ottawa Senators taking on his brother Matthew, who plays for the Calgary Flames. The All-Star brothers will be joined by teammates Jake DeBrusk and Charlie McAvoy of the Boston Bruins, Evander Kane of the San Jose Sharks, Evgeny Kuznetsov of the Washington Capitals, Alex DeBrincat of the Chicago Blackhawks, Tyler Johnson of the Tampa Bay Lightning and Darnell Nurse of the Edmonton Oilers, as well as avid gamers Zach H. of the Toronto Maple Leafs and Filip Forsberg of the Nashville Predators. NHL Seattle, which begins play in 2021-22, will be represented by Seattle Seahawks tight end Luke Willson, who played hockey while growing up in LaSalle, Ont.

Beginning Thursday, April 30, Los Angeles Kings TV play-by-play announcer Alex Faust will host the series of weekly matchups, which will be released on Thursdays and Saturdays. NBC Sports will air the first series of games, including Calgary vs. Ottawa and Columbus vs. Winnipeg, beginning at 5 p.m. ET on NBCSN as part of its Hockey Happy Hour programming. Sportsnet will air select episodes on Sportsnet ONE over four consecutive weeks, starting Friday, May 1 at 4 p.m. ET with all matches made available on Sportsnet.ca and Sportsnet NOW. All matches will also air within NHL Network's on-air programming or its Twitch channel.

"Over the past several weeks, the NHL, its Clubs and player community have been very active with gaming initiatives in an effort to connect with fans while social distancing - such as charity tournaments, simulated games and nightly streams," said Chris Golier, NHL Vice President of Business Development and Innovation. "The NHL Player Gaming Challenge presented by Honda will take gaming to another level. We know how competitive our players are, and coupled with the interaction between players, these series of competitions will be extremely fun to watch."

The NHL Player Gaming Challenge™ presented by Honda reminds fans to stay safe, stay home and play together. With NHL Players streaming from the comfort of their homes, fans will get a taste of how some of their favorite players are keeping their hockey skills sharp and handling the pause of the 2019-20 NHL® season. ESL Gaming, a leader in esports, is providing the production, creative direction, and logistical guidance for the event. All matches will be played using Sony PS4 gaming consoles.

Honda, the NHL's Official Automotive Partner in the United States and Canada, has supported the League's esports initiatives since the inception of the NHL Gaming World Championship™ in 2018.

"Even without live hockey competition, Honda is committed to keeping fans engaged by supporting NHL programming during the 2019-20 season pause," said Meliza Humphrey, Manager of Honda Automobile Advertising at American Honda Motor Co., Inc. "We know this is a difficult time for many people including our dedicated NHL hockey fans and we are pleased to help provide access to NHL players and matchups in this virtual environment while supporting COVID-19 relief efforts."

As the NHL community continues to practice social distancing and take all necessary precautions during this time, the League will continue to help fans stay connected to players and the game by providing access to unique content and archived games. NHL Pause Binge™ aggregates NHL video, editorial and digital content available on NHL.com, the NHL app and across the NHL's social channels. 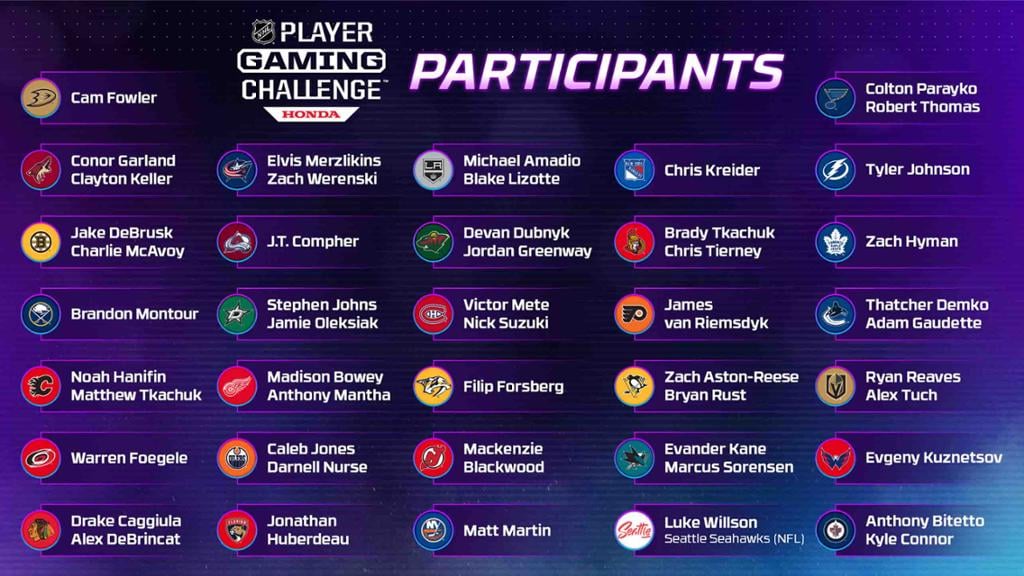