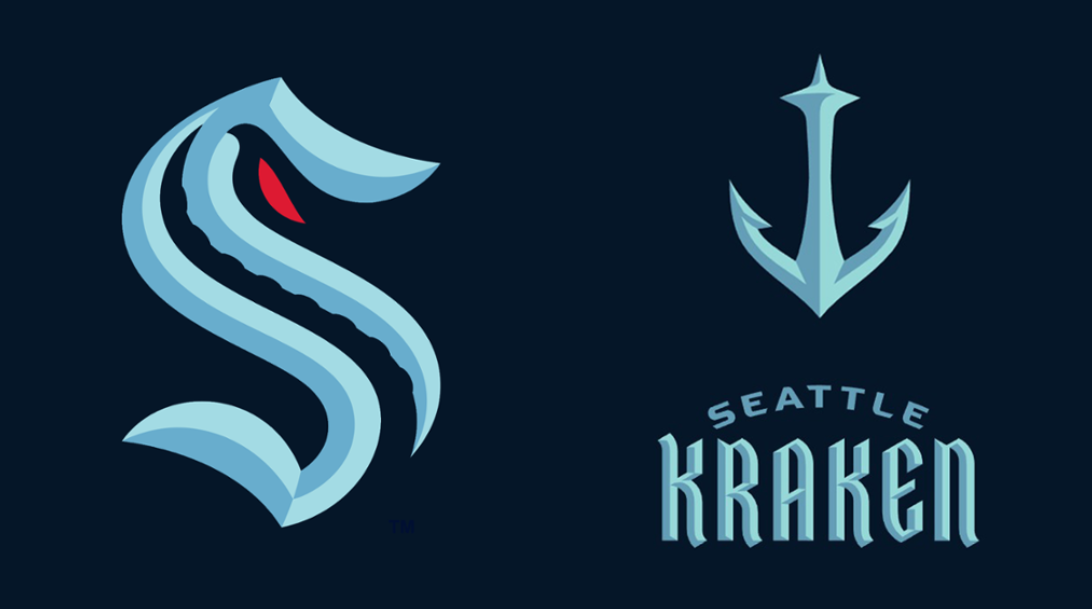 Seattle released the Kraken on Thursday, unveiling its long-awaited name, logo and colors in an event at Climate Pledge Arena.

When the NHL expansion team begins play in 2021-22, its name will be the Seattle Kraken after the mythical, mysterious and mighty sea beast.

The logo honors the Seattle Metropolitans of the Pacific Coast Hockey Association, who became the first team from the United States to win the Stanley Cup when they defeated the Montreal Canadiens in 1917, months before the NHL was born. It is an "S," like the Metropolitans logo, but with a tentacle and red eye.

"Seattle's a city with a deep maritime history," Kraken general manager Ron Francis said. "I think this name embodies a connection with the sea and a curiosity of what lies beneath it. It's a natural tie to Seattle and the Pacific Northwest.

"In theory, it reflects the power and aggression in the game of hockey. We're hoping that's the kind of tenacity our players show every time they take the ice. So I'm excited by it."

Standing in the bowl of the arena, being built under the original, iconic roof of the former KeyArena next to the Space Needle, Kraken CEO Tod Leiweke spoke to construction workers on the floor and to fans on a live stream.

"We've heard from tens and tens of thousands of fans, and we've spent two years listening," Leiweke said. "Every day for the past two years, we've thought about this moment, and we knew if we did listen, we couldn't go wrong, that we would be in a position, if we simply listened, to build that next great team brand."

Led by majority owner David Bonderman, the team spent 18 months engaged in extensive research and considered more than 1,200 names and 215,000 fan votes. The logo was designed in partnership with adidas.

"They listened to the fans," Francis said. "They did forums. They did polls. They did events. They worked within the team and our leadership and the NHL and local artists and naming experts and historians and everybody else to kind of get where they wanted to get to and get the logo drawn up.

"At the end of the day, the Kraken consistently rose to the top."

"This city deserves a hockey club as untamed as the sea herself, and when we heard the rallying cry of the fans and we heard the undeniable passion they had for this name, we knew it was the one," Dettmer said. "We are the Seattle Kraken."

"The jersey design is terrific, and I can't wait to see NHL players wear the unique and distinctive 'S' on their chests on opening night; it will have special meaning for Seattle hockey fans," Commissioner Bettman said. "I'm thrilled to welcome the Seattle Kraken into the National Hockey League."

The Kraken will donate 100 percent of net sale proceeds through Aug. 21 from a bespoke line of merchandise to local nonprofits YouthCare, Community Passageways and the Urban League of Metropolitan Seattle to help end youth homelessness and create positive pathways and opportunities for BIPOC youth in the Seattle area.