Today we’re announcing the launch of the new two-week HUT event called NHL 2030; celebrating the future of hockey by featuring some of the game’s most talented and skillful young stars. 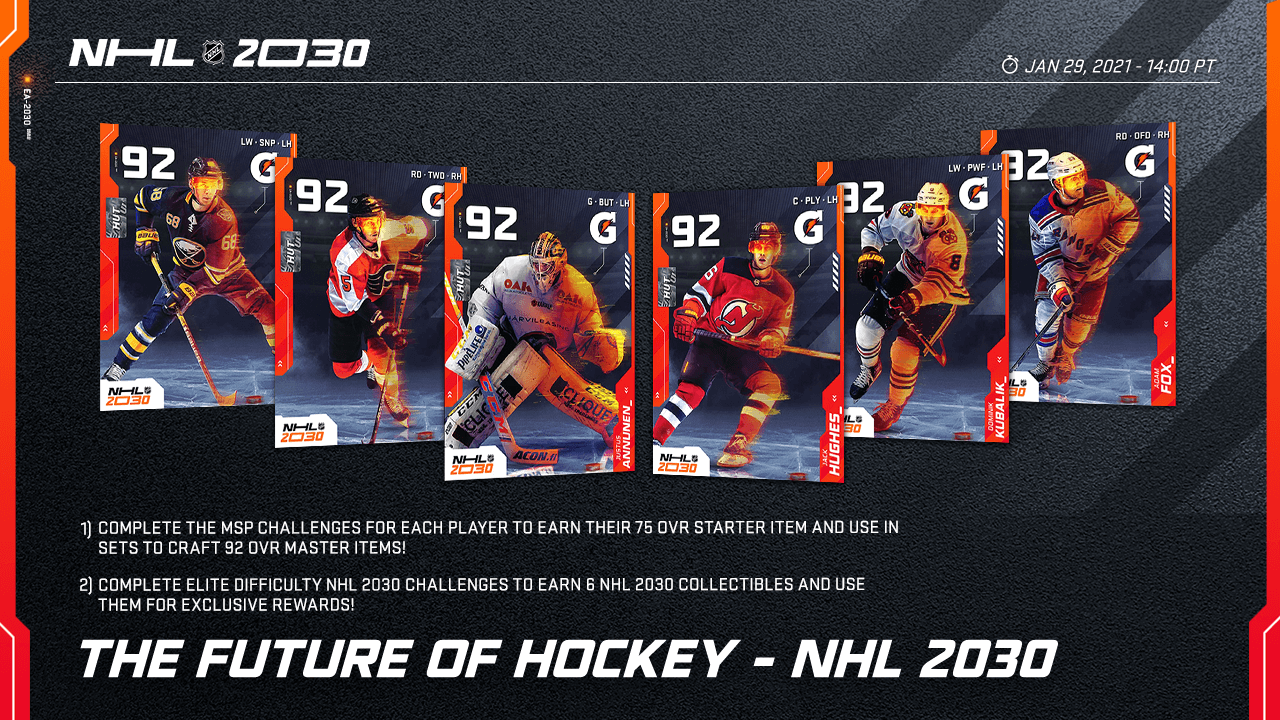 Headlining this event are our Master Items

Sets & Challenges
We will have two sets of Challenges for this event, each with their own rewards tied to specific groups of sets.

MSP Challenges/Sets – We’ll have one challenge against each team that allows you to unlock a 75 OVR Starter item for each player, to be used in sets to craft their 92 OVR Master Item.

Elite Challenges/Sets – These are intended to be the absolute toughest challenges we’ve released all year, but we will be offering exclusive rewards to those who are able to complete all six of them. Once they are all completed you will be given 6 NHL 2030 collectibles for use in special sets. The NHL 2030 collectibles can be used to upgrade 92 OVR Master Items, obtain 86 OVR or 88 OVR future stars choice packs, Icon Collectibles, or Loan Master Items.

Player Content
Be sure to check back during the next two weeks to see new player items released featuring upcoming stars such as Kailer Yamamoto, Robert Thomas, and Martin Necas. 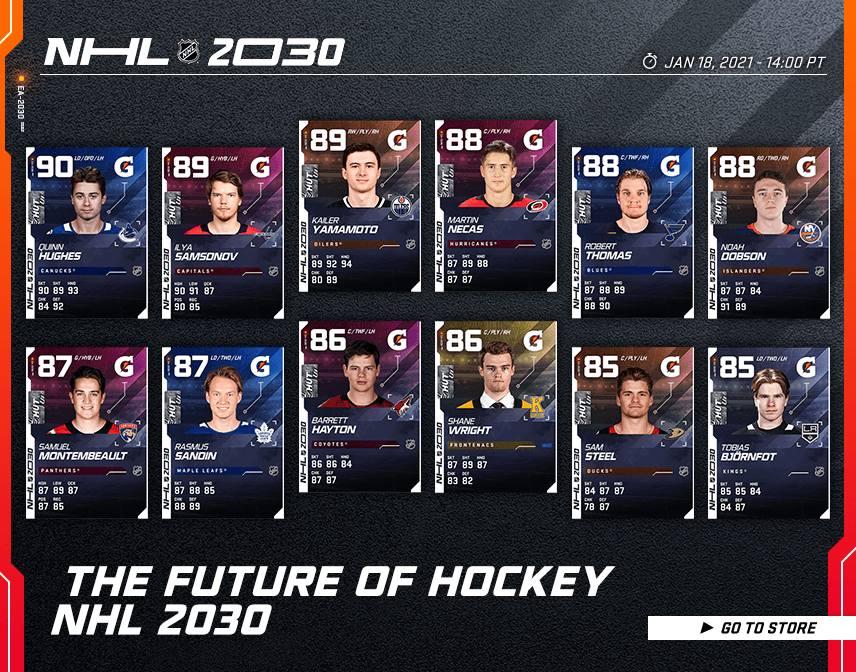