The latest and greatest style arrives to Hockey Ultimate Team!

We’re excited today to announce a brand-new event, and a brand-new type of Icon – the STYLE ICON.

So today we are beginning the celebration of style – both on ice and off the ice with greats like Patrick Roy whose butterfly goalie stance, and stylish pads inspired an entire generation of young goalies across the entire world, and very specifically the Province of Quebec.
Master Items 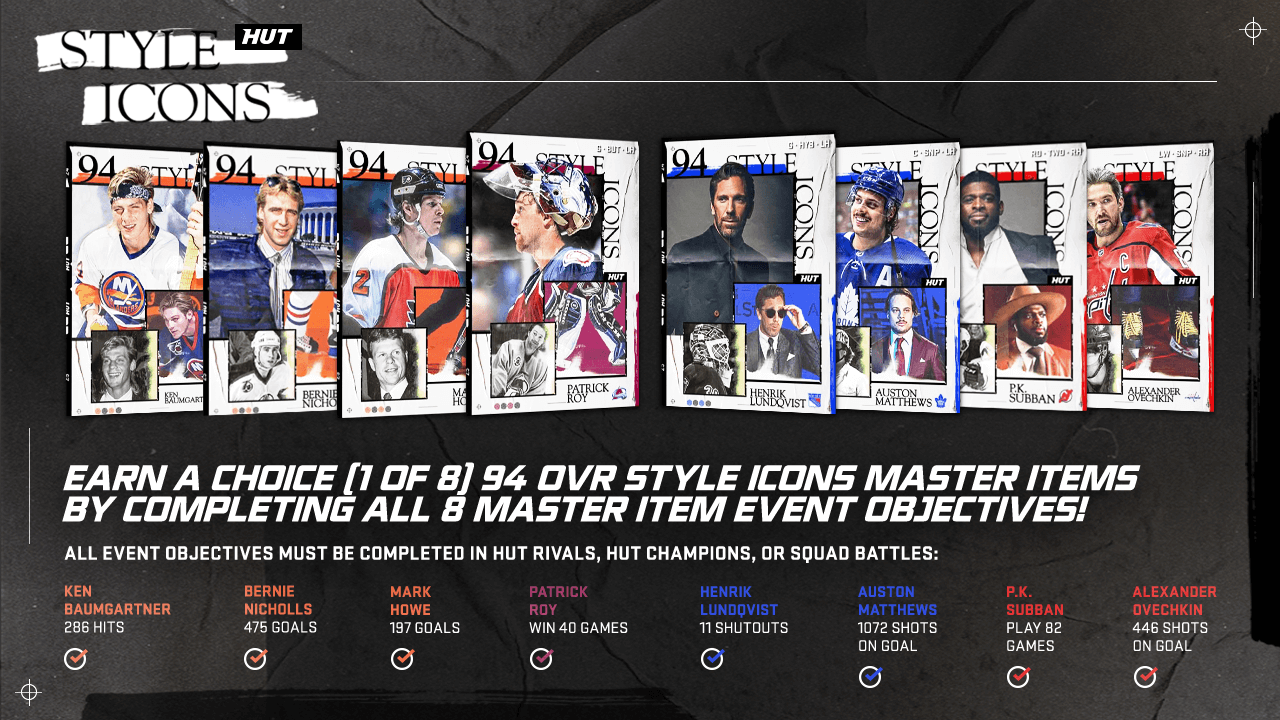 What we’re also excited to announce with this event, is that you’ll be able to earn an untradeable 94 OVR Master Item from completing 8 new Style Icons Event Objectives (one tied to each player). These objectives must be completed in competitive modes: Rivals, Squad Battles, and HUT Champions:
Player Content 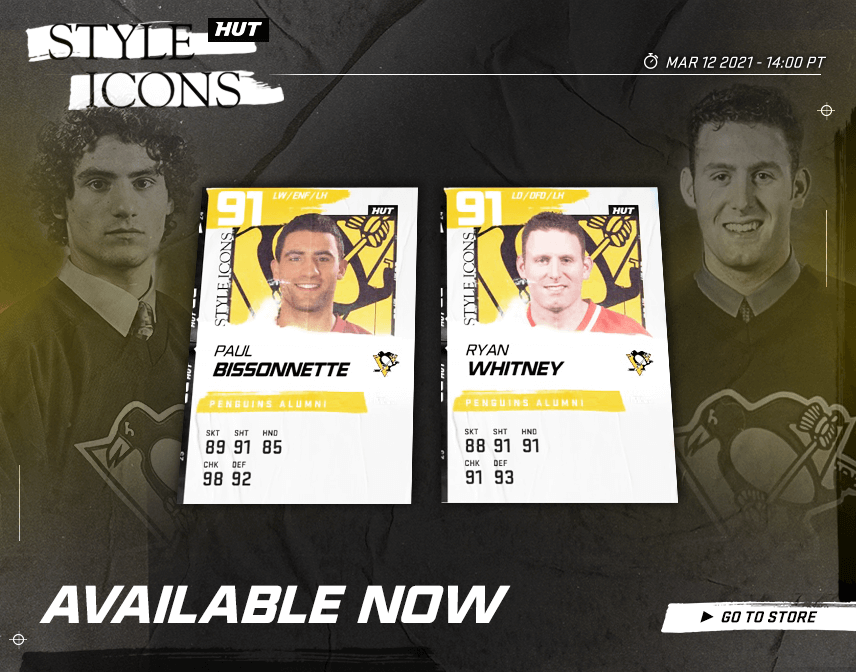 We’re looking to release some exciting player content this event celebrating more style icons from the world of hockey. Let us know on social media whose style you like!