Mr_VoM
14 posts Member
February 27, 2021 11:29PM
When we create or edit a player can we have a slider or something to actually decide what type of game they play? Every created players puts solid goal scoring numbers in franchise. Don't care what type of player they are. 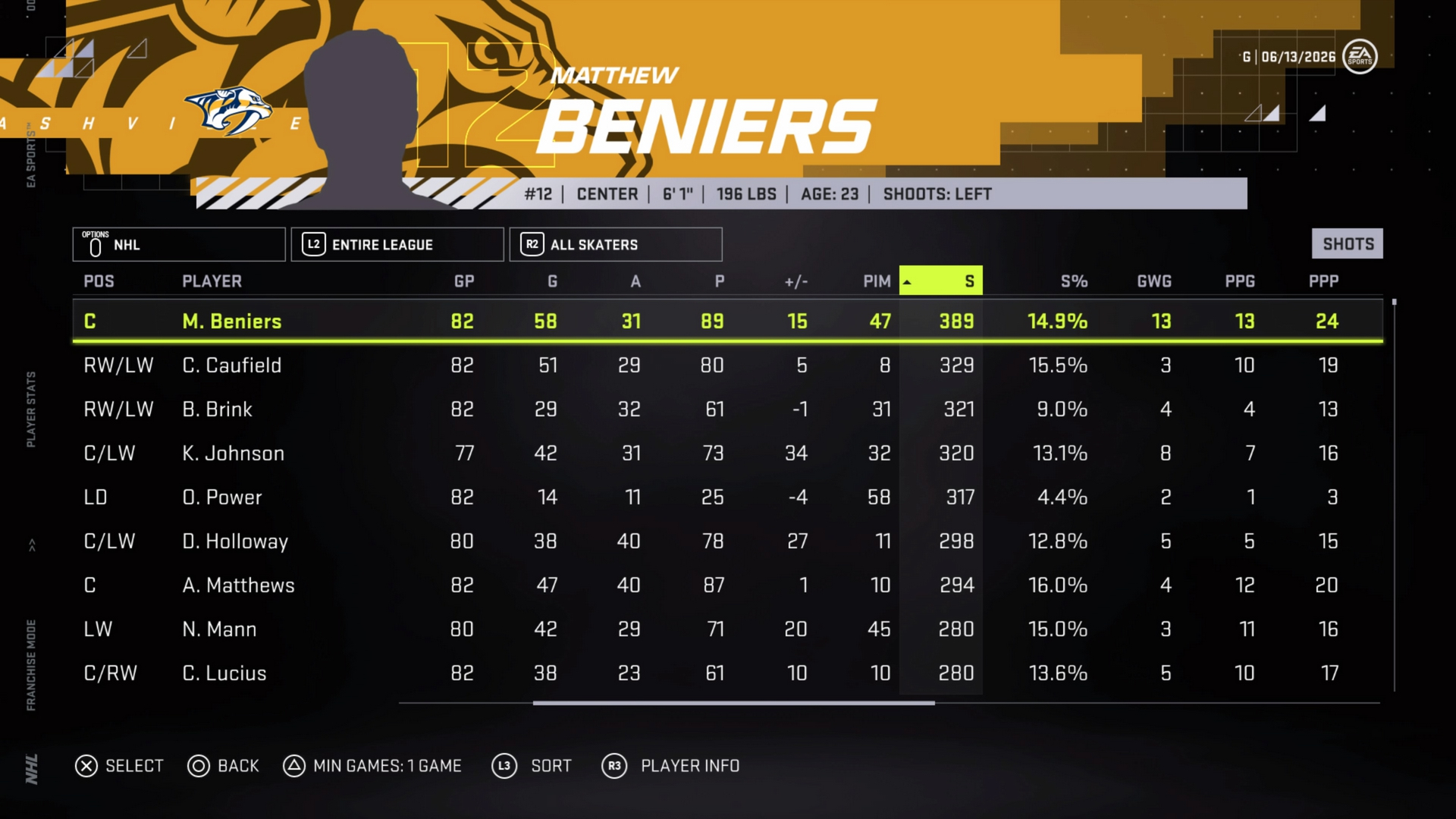 After one season there are 7 players in the top 9 of the league in shots on goal.

There are 2way players, playmakers a defenseman in that group. And of course year after year they are on top in the goal scoring column.

A slider to decide how much they pass or shoot the puck in simulation can be a great addition for the franchise community.