It started out as 6’s. I score 3 goals in the first period to put us up 3-0 then our goalie skates out of the net on his first shot with seconds remaining in the period.

Second period starts with only myself (RW), my RD and our G. The other team only has a C, LD and G. Then their G decides to troll playing the puck in the corner several times. My G skates pass our blue line several times putting me in the penalty box each time. I probably played less than 10 mins in the 2nd.

It became a contest between the two G’s on who could cause more penalties. In the 3rd period I played less than 5 mins. Then FINALLY with about 2-3 mins to go in the game our G FINALLY gets the boot. Meanwhile their G made it through the whole game.

It’s pathetic how many times a G can skate out of his net and even as far as pass his blue line. If a G skates past his blue line even just ONCE it should be an automatic boot from the game. Even pass the face off dots should be enough to get them booted. Obviously I’m not counting when it’s a delayed penalty and they’re skating to the bench. Other than that reason there is no reason a G should be skating out of his crease more than 3-5 feet!

So how many times does it officially take EA? Same goes for playing the puck in the corners? Alright, once is fine as it sometimes happens to a lot of G’s in the game. If it happens twice then a warning. 3rd time should definitely be an automatic boot from the game though.

At least we won 7-5 in this pathetic game and I didn’t get negative RPs. 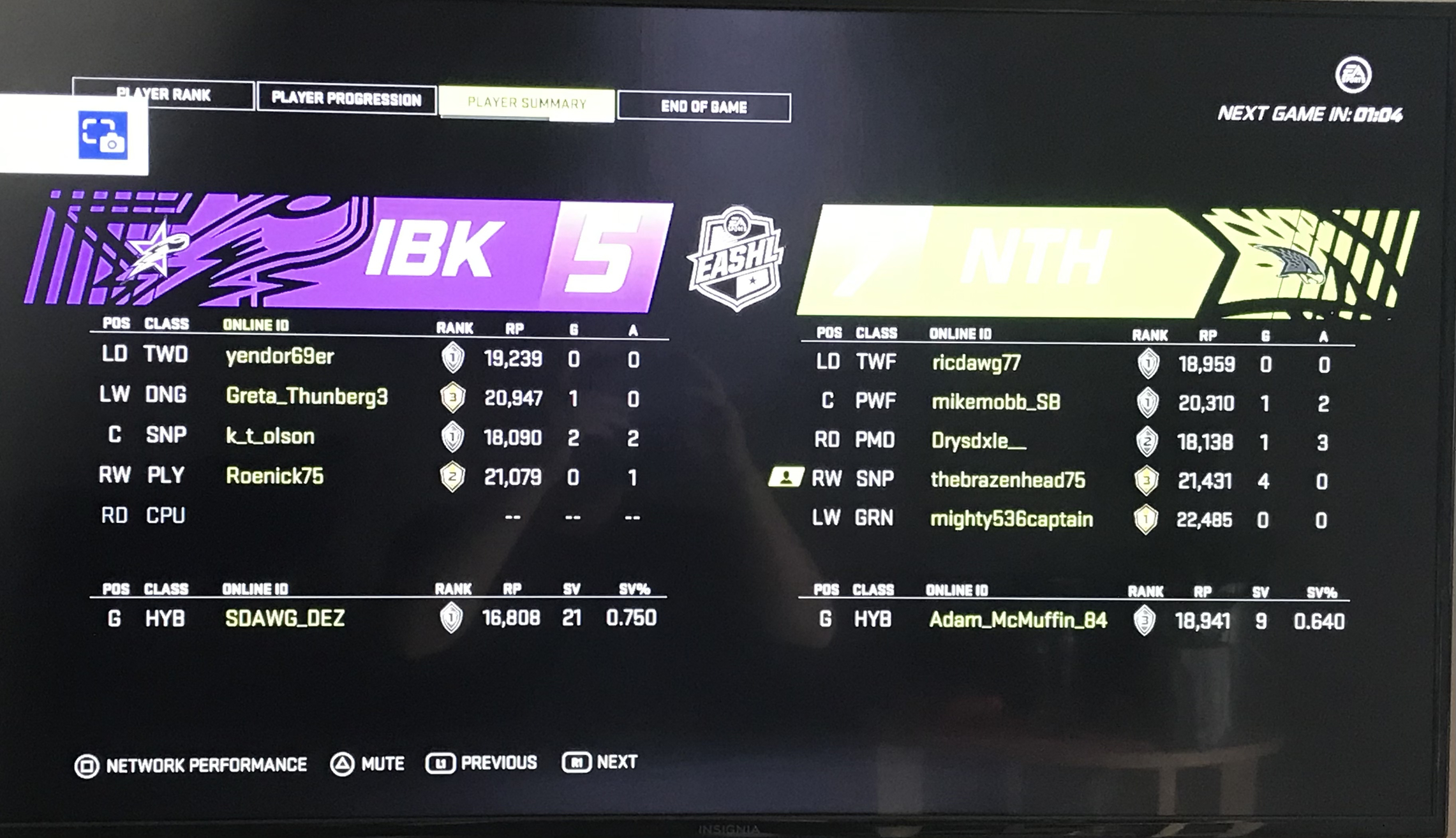