I've questioned this before on this forum, and never really got a satisfactory answer so trying again. I just played my first Division 2 game and matched this player: 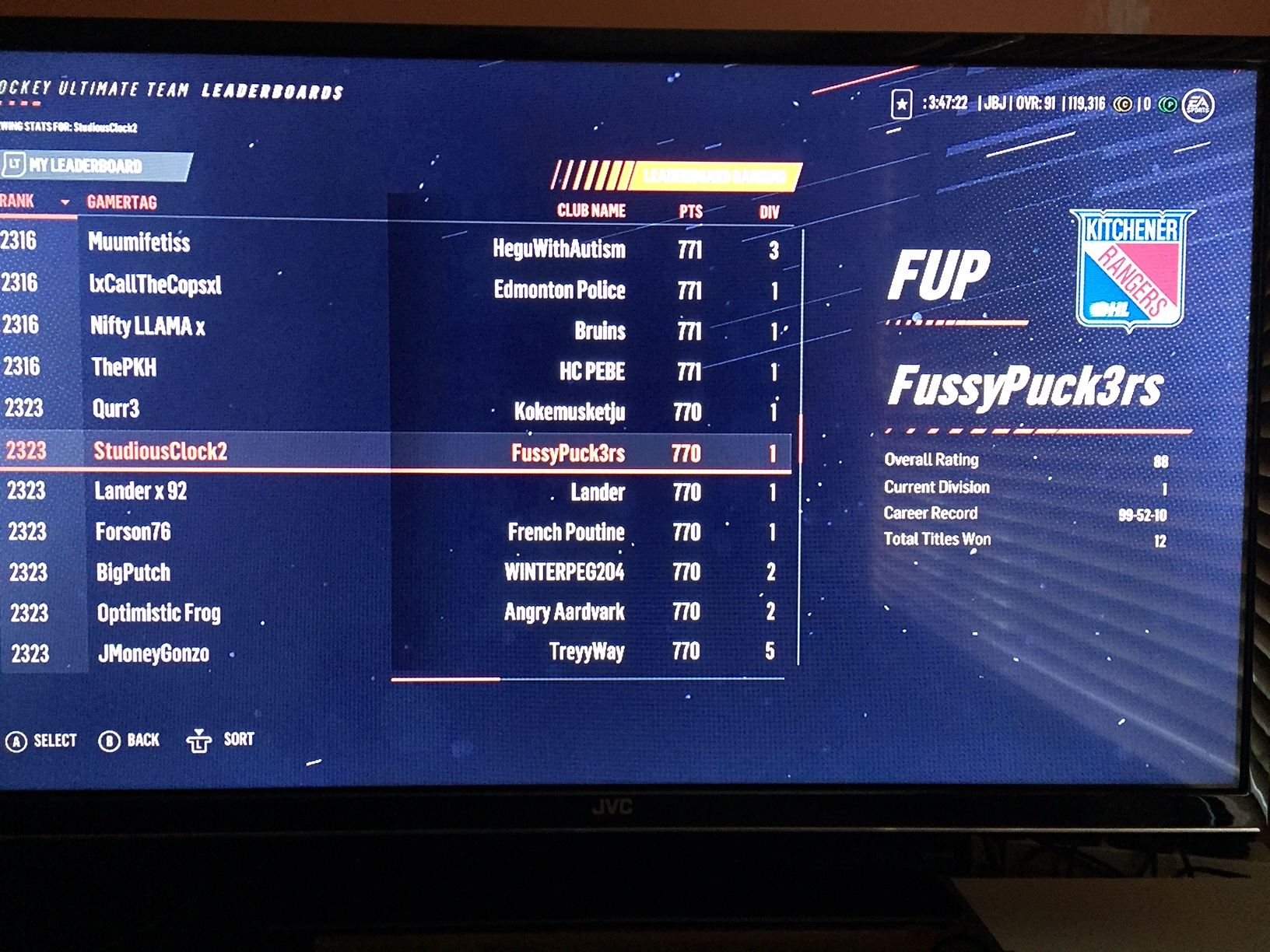 One division up, perhaps not unreasonable until you look at his ranking compared to mine: 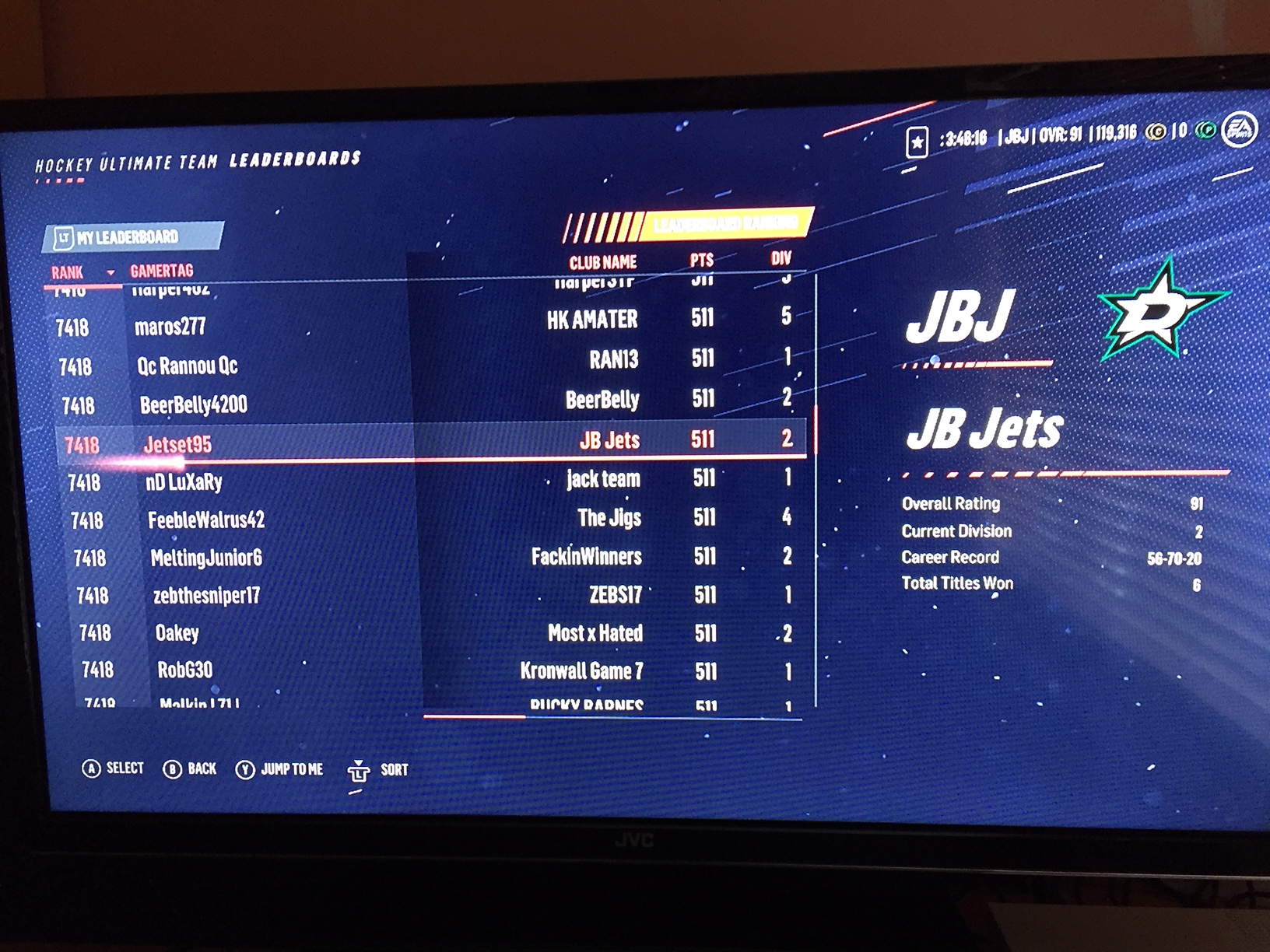 The key facts as I see it: My opponent was ranked a whopping
This matchup took a mere 10 seconds to find - suggesting that this wasn't someone quite so far from my own ranking if previous comments in this forum and online are to be believed.

So how on Earth did we match? Perhaps we were the only two people online at the time - hard to believe but a possibility so I'll put it out there. Was everyone else online at 11am GMT 12pm CET on a Sunday further ranked from me? Possible, yes but given the new HUT Competitive Season and HUT Champions competitions running today it's considered a fact in the NHL community that most of the better players are grinding those competitions to win big players and big prizes rather than just another D1 title.

Is everyone else ranked from 2324 down to 12,512 (closer than 5095 places below me) - over 10,000 players - not available to play? Again, very possible - so please would it be at all difficult to put on the preview screen a summary of this info so you could make a decision if you want to continue or not?

People quit out of matches with the well known elite of NHL all the time because they don't feel like it would be a competitive game. Why do those of us who match equally challenging opponents not get the chance to say "Hang on, this is a D1 guy with 50% more online wins than me and ranked 5000 places higher than me" It's like the minnows of the European Soccer leagues who are part timers having to face Barcelona in a league match because they were there in Barcelona for a training session. That shouldn't count in their lower league, but in NHL19 it does.

I know this post will generate some of the usual negative comments so let me pre-empt those by saying yes I know that the only way to get better is to play better players, but the fixture list wouldn't put my D3 and D2 team against D1 teams every other week (every other match it's been for me in NHL19) in any league competition in the world.

I understand matchmaking is limited to numbers, and availability but don't force us to play more competitive matches than we are ready for in Divisions. HUT Champs and Comp Seasons are Cup competitions - the minnows of the minor leagues can and do play the world champs in round 3 and 4, so there I have no problem with it. There I like the challenge because there I don't lose anything other than the potential prizes I could have won if I played easier opponents. But pulling overpowered opposition in Divisions means relegation, and further grinding to get back to where you were. That is the problem.
0