Mr_VoM
19 posts Member
November 25, 2020 1:56AM edited November 2020
Since I saw that the Detroit Red Wings 16-17 got fixed in the last update, I want to take my chance and tell some of the errors on current NHL jerseys.

First and one of the most obvious is the Tampa Bay Lightning numbers font on both the current home and away jerseys. The good font is already in the game. It's the same as the black alternate jersey the Lightning are currently using. 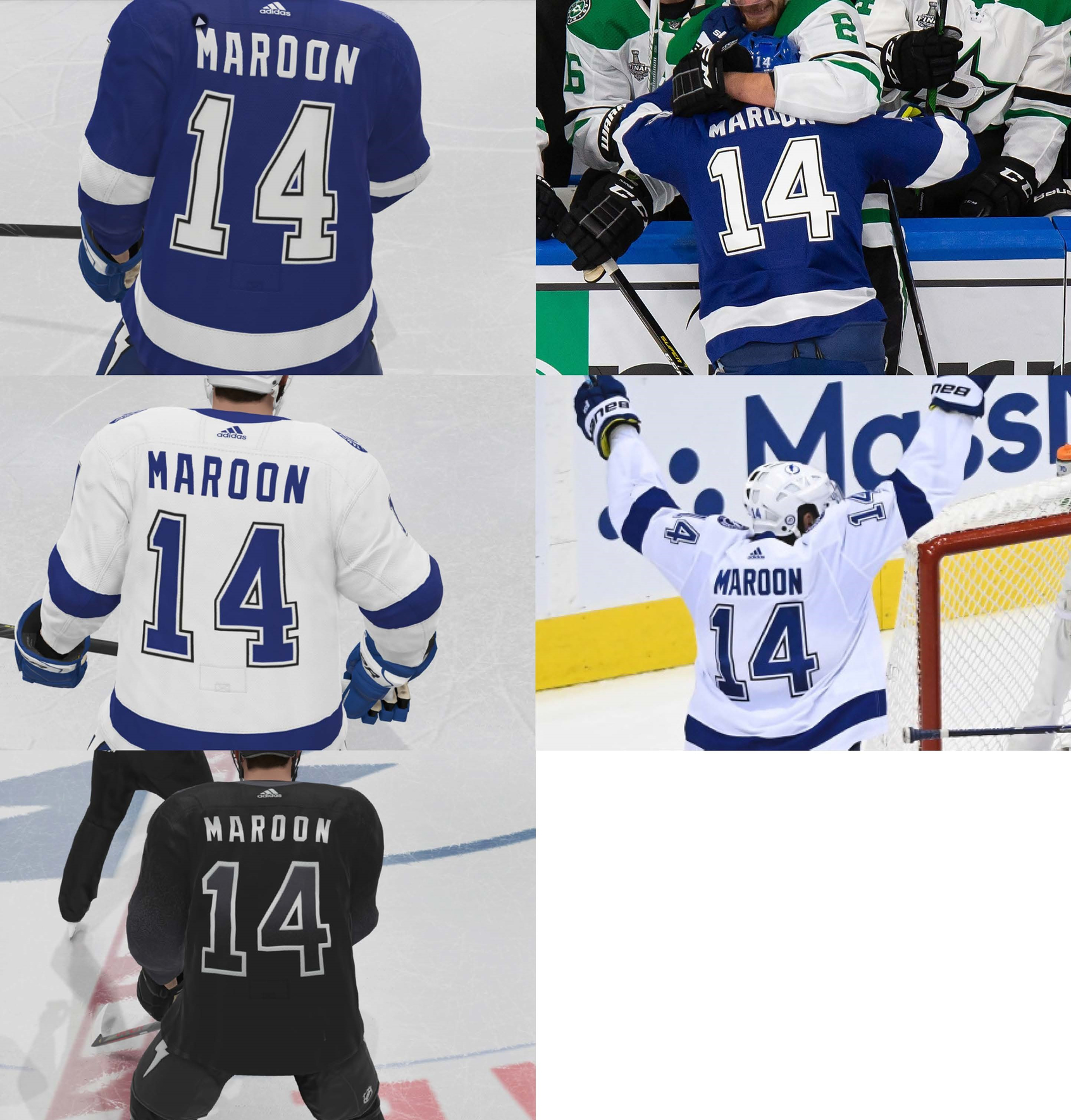 As you can see the #4 stands out but all the numbers have something different, something wrong.


Second, the Philadelphia Flyers both home and away jerseys have not thick enough outline around the numbers on both the back and arms numbers. 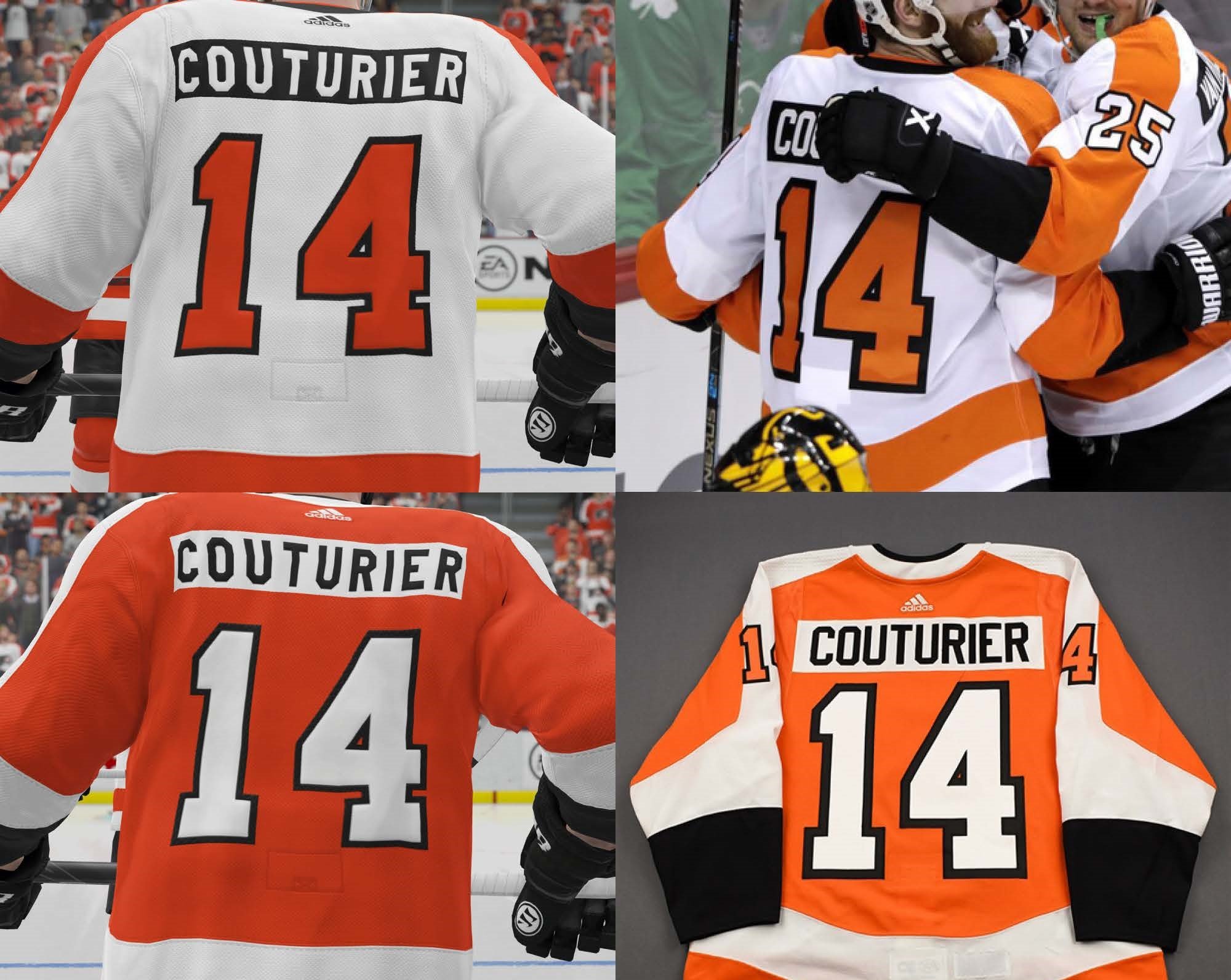 You can see that the thickness of the outline is larger on the real jerseys which makes a huge difference for the overall look. And it's the same thing with numbers on the arms.

There is a font that look like the real one the Flyers are using in create a team and I've did a test to show you the contrast.

There is another problem with Flyers home and away jerseys. They have wrong letter font for the captain and assistants letters in front of the jerseys. Completely wrong

On the bright side, like Tampa, the good font is already in the game. The Flyers black third has the good font. Which (I think) makes this easier to fix 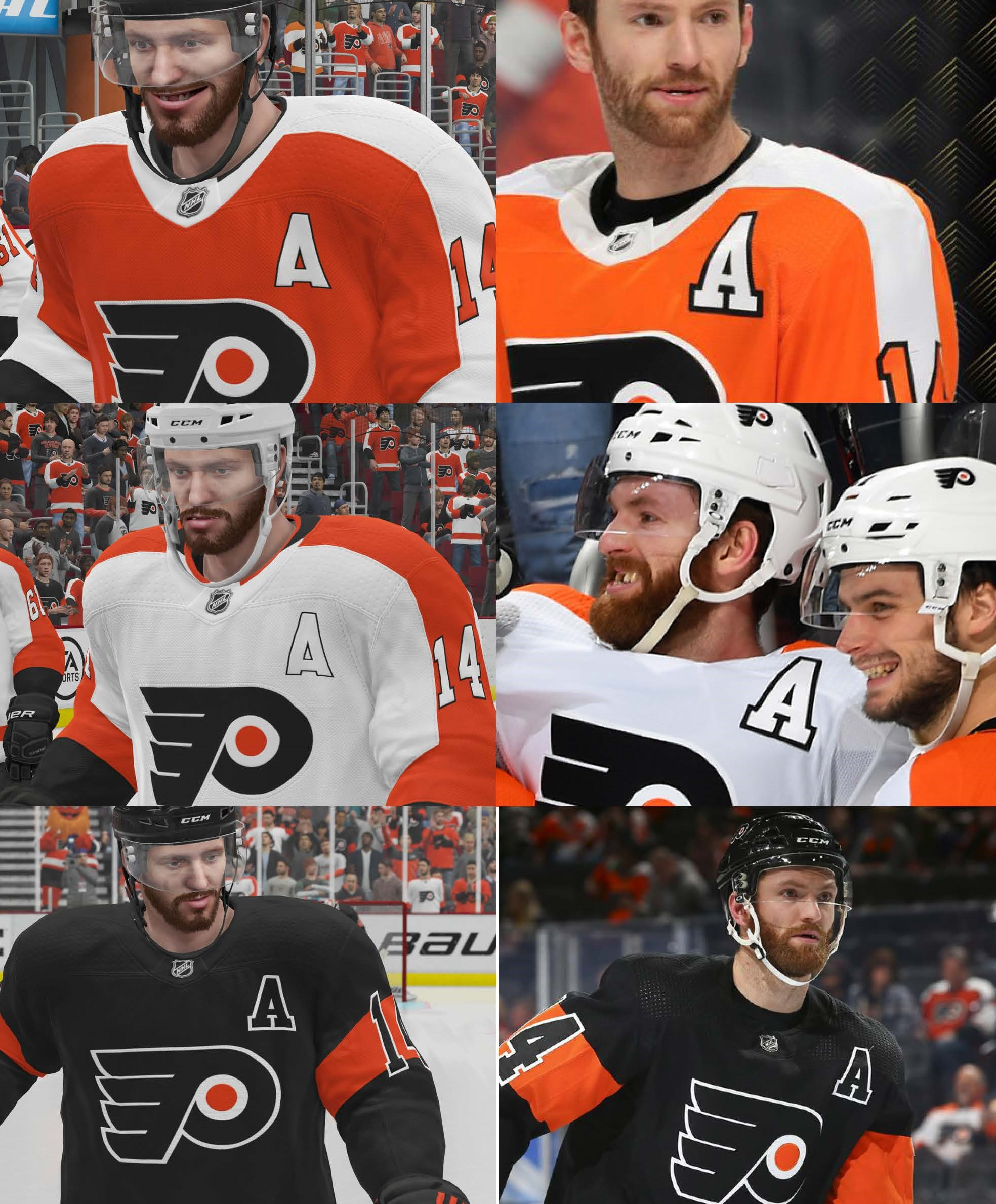 Next is the Arizona Coyotes.

I don't know when it was switch but on the jersey which was their home for a little while now and apparently is an alternate this year, the ''C'' is on the other side of the jersey.

Don't know if it will really switch side but one way or the other, one of the jersey has the letter on the wrong side 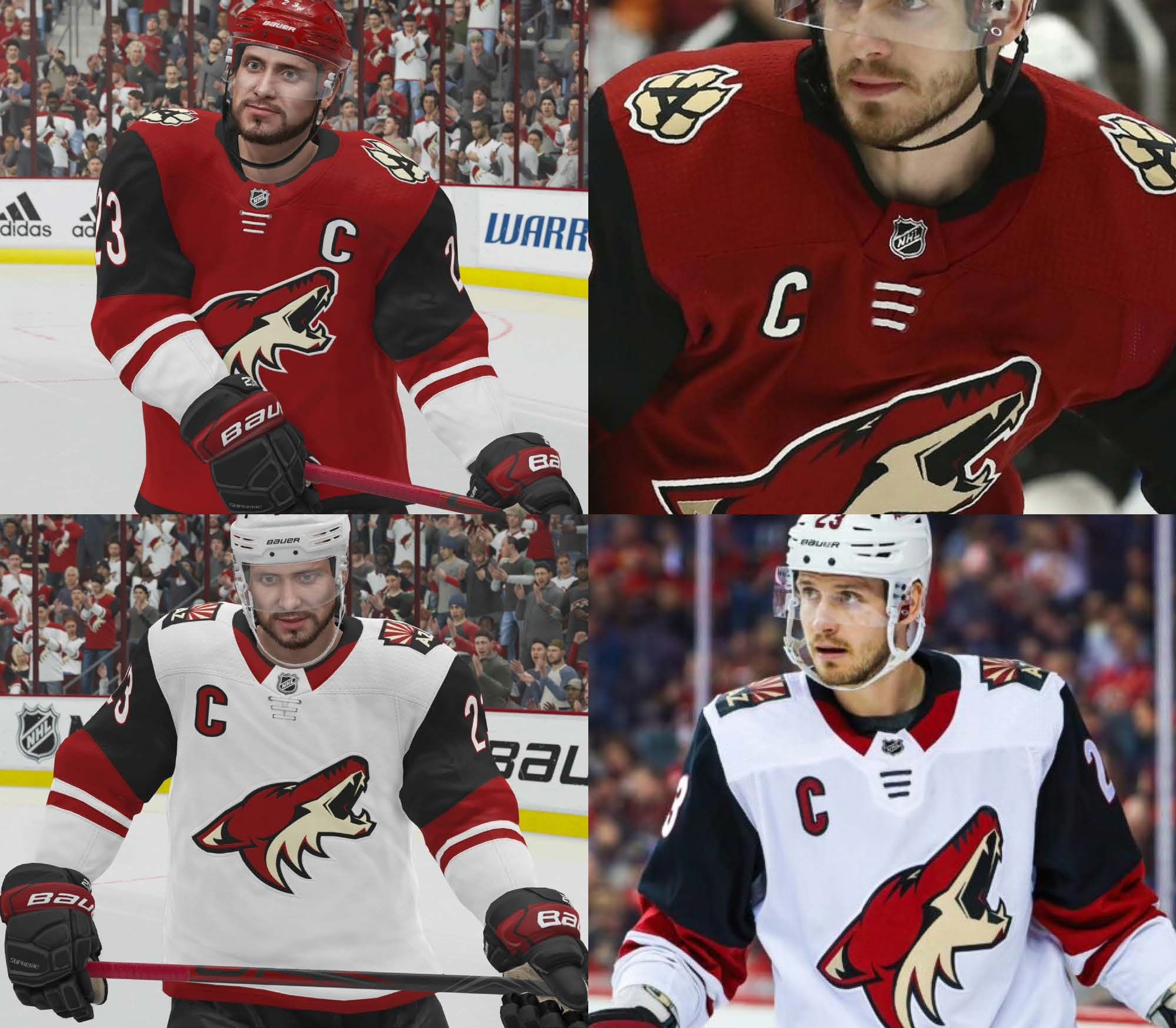 The Chicago Blackhawks home and away jerseys have numbers with not thick enough outline just like the Flyers but on the arms only. 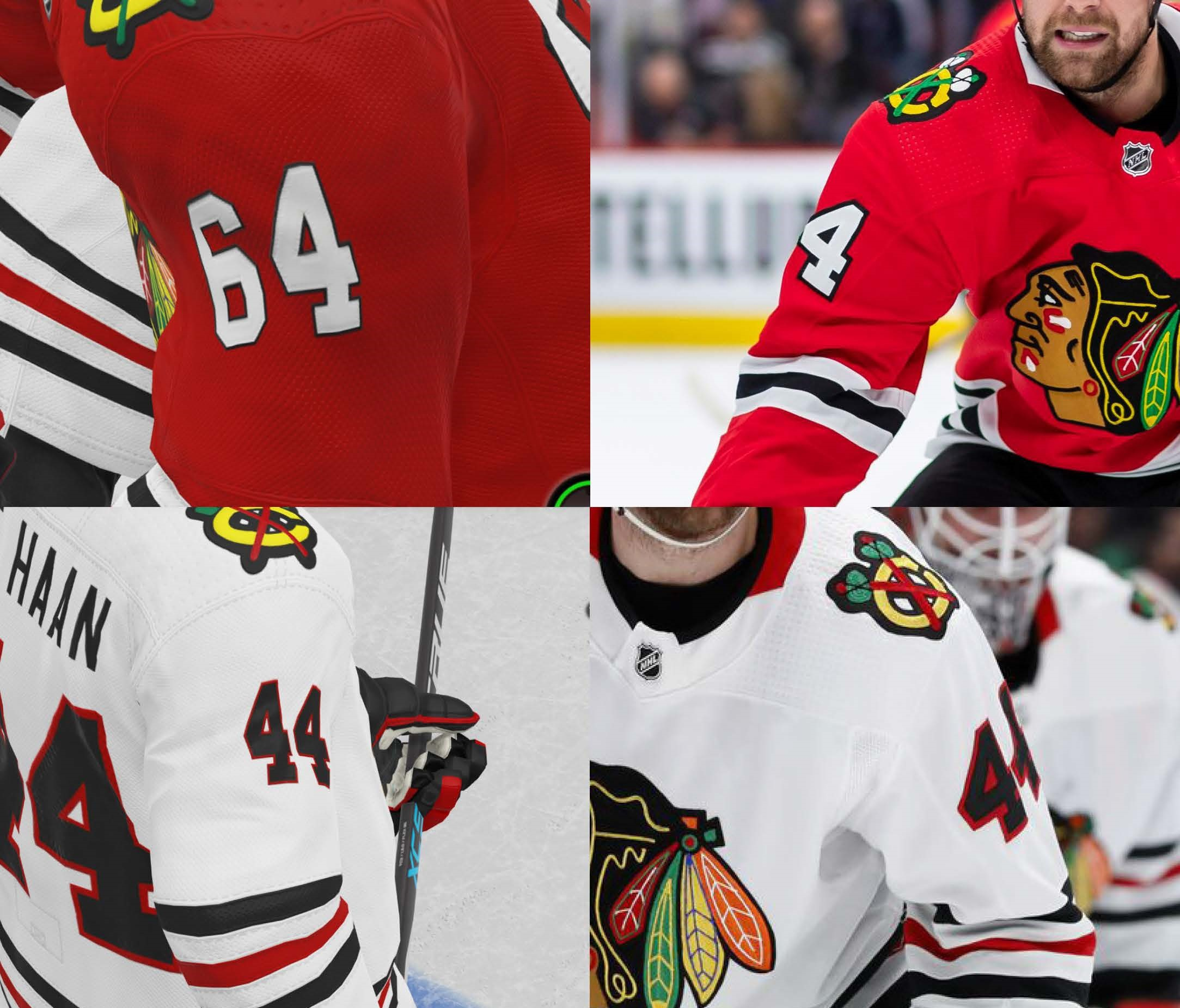 And last but not least, the Dallas Stars home and away letters in front captain and assistants have the good font, everything is good from that end but my gosh that they are huge. 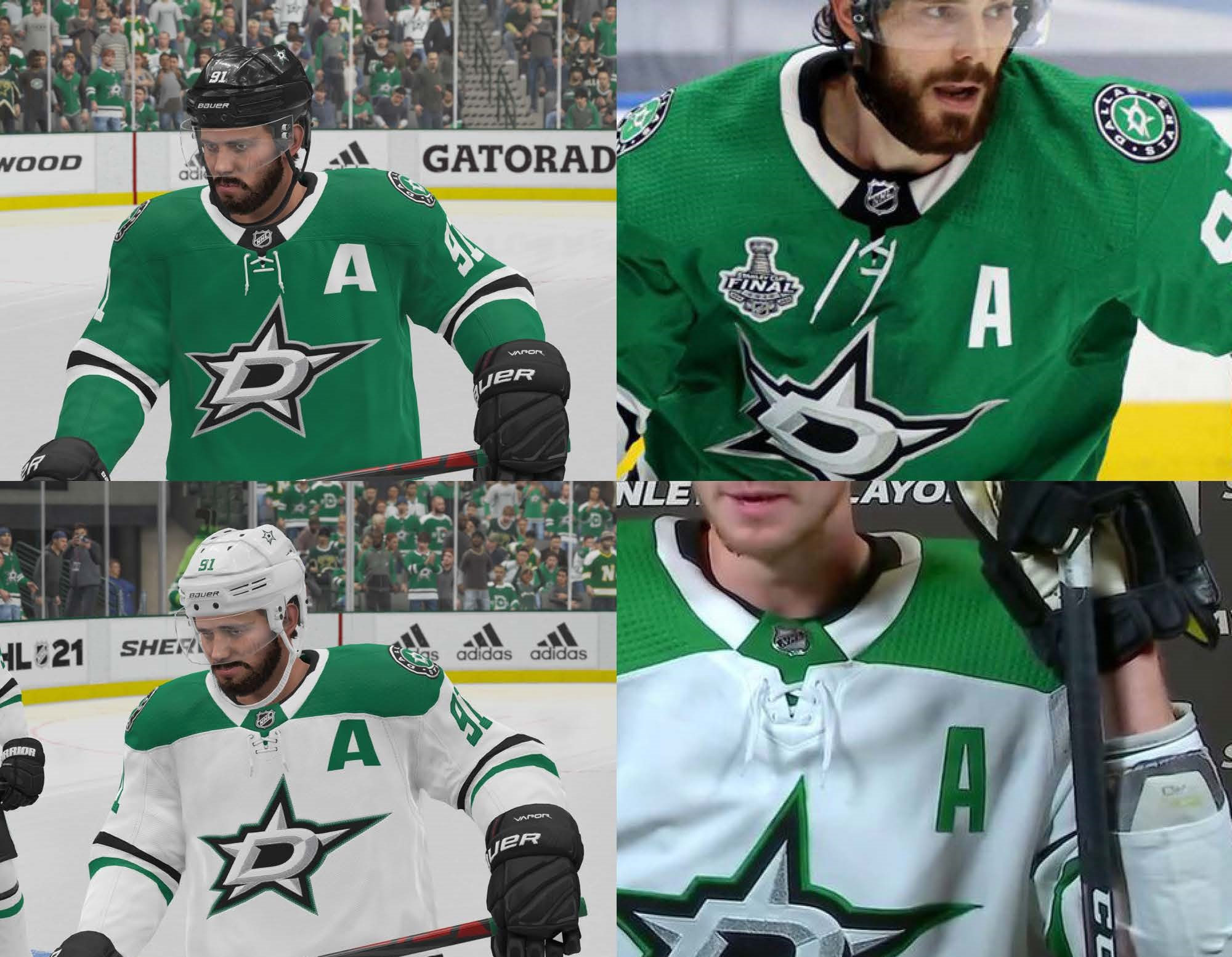 I understand that they stretch when moving but I took my screenshot with the letters being as small as I could get.

So yeah, that's all. There is a lot of jerseys in the CHL that are wrong but I don't have the patience to go through all of them for the time being.

If someone could respond me about if anything will be looked at because a lot of the things that need to be fixed are wrong for years now and I'm kind of tired to write about it each year.