untouchable_BF1
1528 posts Member
June 22, 2021 8:49PM
Look at the AI in this game. Noticeably better at routine plays, as the creator states “it feels like I’m actually allowed to play my position, I don’t have to babysit the AI as much” and it’s so true.

Watch him play player-lock D and tell me that doesn’t look noticeably better than the last few games. The AI is so incredibly bad now, and this game reaffirms my belief that’s it’s gotten worse this generation.

Also, the lighting and the ice surface looks pretty sweet compared to the dull stuff we have now. Hopefully frostbite will bring the game back to the graphical heights reached 7 years ago.

Idk what’s changed since NHL 15, but there’s been a noticeable decrease in AI teammate competency and broadcast/presentation/graphics immersion.

15 was a full priced Alpha but the potential was there, kind of surprised how we got to the point 21 is at. Better skating/hitting, better features in general, more sliders, yet completely dumbed-down AI and just gameplay in general. Such a surface-level experience without much energy or passion for the real sport. Madden and FIFA are the same. Hollow, lifeless, soulless, robotic experiences. 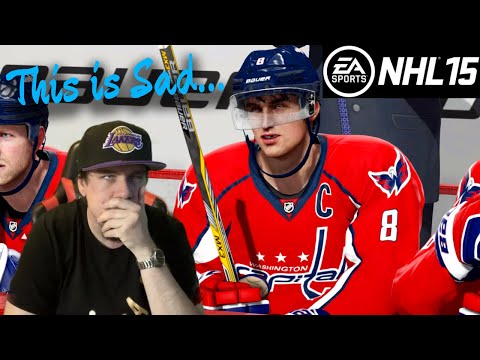