THE DEED HAS BEEN DONE! *IMPORTANT* 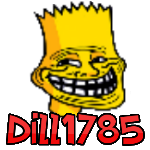