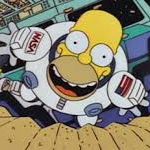 OrdinarilyBob wrote:
I have a 4.5 Star Springfield, but I'm chasing the Dream of 5 Stars on my Conform-o-meter. I seem to be really stuck on Consumerism. I've only got two stars on that one, and can not seem to make it go any higher, even after adding buildings that (according to the Wiki) improve Consumerism. So far I have the following 18 buildings in my Springfield:

I've got the quests to build My First Tattoo and Herman's Military Antiques, but haven't started either yet (saving cash at the moment), and when those are complete I will have 20 places to shop.

Am I doing something wrong? Any suggestions?


I just built quick-e-marts until I had five stars...I think certain buildings carry more weight, I had all the stores and premiums and still had to place about 8 additional kwik-e-marts.
0