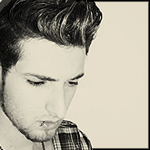 Rooneytoon
162 posts
January 13, 2015 9:38AM
I'd be down for this. The first mobile building game I played was called Paradise Island. I enjoyed the island vibe.

I've stored most of my islands until more water is released. I find that the one for 30 donuts doesn't look as much out of season as the others.
0