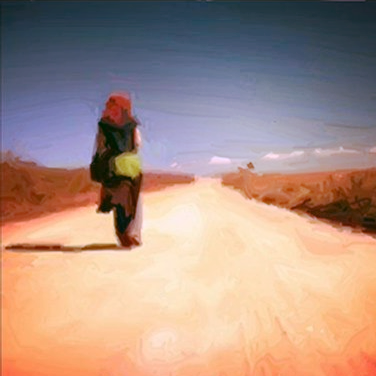 Marge: Kids, have you seen your father? He was acting funny in bed last night. And it wasn't Jimmy Fallon funny.
Marge: I just hope he passes out somewhere safe.

System Message: Meanwhile. On the other side of town...
Carl: Lenny, look! It's our fruit-filled friend, Pie Man!
Lenny: I know it ain't pie, but could you autograph my sandwich, Pie Man?
Pie Man: PIE!
Lenny: Arghh!! You pie'd my eye! Why Pie Man? Why?

System Message: All across Springfield...
Moleman: Instead of my morning muffin, my wakeup call was a pie in the ****.
Rev. Lovejoy: Someone hob-cobblered our house of worship! What Pontius Pie-lat dares wash their hands of this?
Apu: The greatest insult of all - my own putrid pies thrown back at me!

Lisa: Dad, I mean... um, Dad-man, I mean... Pie-Dad, I mean...
Bart: Could we stop pretending the passed-out guy smeared with pie filling and "Homer" in Magic Marker on his underwear isn't Dad?
Lisa: I don't get it. Pie Man is supposed to be putting a crimp in this city's bad crust.
System Message: What turned the right-minded Pie Man into a wrong-doing super-dud?
System Message: Looks like it's up to Radioactive Man and Fallout Boy to take a slice out of Pie Man's crimes

Lisa: What?! How can comic book characters be in Springfield?
Abraham Lincoln: You're splitting rails about outside characters, now?
Space Mutant: We've infected your Earth since it was formed *mumble-mumble* years ago!
Prof. Frink: At this juncture the rules of Springfield and science have been broken. You need to just deal *ahem* with it.

Fallout Boy: Heapin' high blood pressure! That forty-eight waist-product is acting strange, Radioactive Man.
Radioactive Man: You're right. It's obvious he's under the influence of some kind of mind-control ray!
Radioactive Man: We need to locate the source and destroy it!
Radioactive Man: Up and atom, Fallout Boy!
Lisa: Boy, I'm about to "fall out" of this story. What's going on?
Bart: The beauty of comic books is that you don't waste time explaining. That makes the confusing ending more satisfying!

Fallout Boy: I'll use my Fallout Boy powers to push the button on this Mind Control Ray.
Radioactive Man: Wait, Fallout Boy! NO!!

System Message: ...and to think you thought this was a casual game!

Fallout Boy: Radioactive Man is dead and it's all because of my dumb button-thumping finger.
Homer: Huh?... Whah?... A pie in my hand?! All in all, not the worst way to wake up from a black out.
Fallout Boy: ... and to add insult to terminal injury we didn't even cure this poor man of his pie obsession.
Lisa: Umm... no... he's back to normal... *nervous laugh*

Fallout Boy: What does a sidekick do when the hero he kicked sides for is dead?
Criminal: Radioactive Man is dead?! Criminals, crooks, and punks of all sizes the town is ours for the taking!
Helen Lovejoy: Won't someone please think of the children?!
Bart: Umm, Fallout Boy? I think that's your cue to be all heroic and stuff.
Fallout Boy: But I can't. Behind this mask is just a scared 32 year-old boy.
System Message: Crime is running rampant! With Radioactive Man dead and Fallout Boy turned yellow, who will save Springfield?!
System Message: This looks like a job for... um... um...
Bart: How bout The Sky Finger, lame-wad?
Homer: The Sky Finger! Of course! The nose-picking pointer of hope and justice!

Task: Tap on Criminals to Arrest Them (x20)

Fallout Boy: Look! In the sky! It's the Dynamic Digit of good deeds!
Criminal: The boss ain't going to like this. He needs those carbon rods for his master plan!

Fallout Boy: Sky Finger! Let me fight crime alongside you. Let me be a middle finger next to your index!
Fallout Boy: I pledge to you my loyalty, as I once did Radioactive Man.
Fallout Boy: There have been reports of crime sprees, larks, larfs, high and low jinks in neighboring towns. We need to act... NOW!
System Message: Foil evildoers in friend's towns by capturing criminals and reporting crimes.

System Message: Remember to keep checking back to see if friends have reported crimes. The faster you spring into action the bigger the rewards!

Fallout Boy: A good sidekick can become a great sidekick with an arsenal of snappy catchphrases.
Fallout Boy: By combining witty wordplay with my agile athleticism I'll be in tip-top fighting form alongside Sky Finger!
System Message: Elsewhere..
Dr. Crab: Hmm. It seems my little "accident" has one more survivor than I'd anticipated.
Dr. Crab: No matter. This half-pint hiccup won't interrupt my evil.

Mr. Burns: Mayor Quimby, I understand you're suffering a crime wave. Perhaps I could offer up a new incarcer-arium...
Quimby: But we already have a prison in Springfield.
Mr. Burns: Not an architectural wonder like the Frank Gehry Springfield Music Center!
Mr. Burns: All I did was remove orchestra seating to make it the most wretched hellhole on Earth!
Quimby: Out with the old prison, in with the new!

Quimby: Burns, your prison released a dangerous felon back onto the streets of our fair city!
Mr. Burns: He served two hours for three stabbings. That's 40 minutes per plunge. I can't ask more of a man.
Quimby: He was given a life sentence!
Mr. Burns: The deal was that I only incarcerate felons, not namby-pamby them for life!
Mr. Burns: And when this brute is captured again, I look forward to collecting yet another incarceration fee!
Mr. Burns: I adore the revolving door prison system!
Quimby: Burns, I hate that you came up with this idea and I didn't!

Fallout Boy: Holy Hangman's noose! Someone needs to stop those felons!
Pie Man: There are too many targets for one hurling Pie Man to hit!
Fallout Boy: We're going to need every superhero, sub-superhero, slight and insignificant hero to help save Springfield!
Pie Man: Since Santa's Little Helper is sleeping on my couch, I'll help.
System Message: You can now send characters to help wipe out crime and earn bonus rewards!


Task: Send a Super Hero to Attack a Felon

Fallout Boy: Felons are tougher than I thought. Radioactive Man always made it look so easy.
System Message: Keep giving felons the "what-for." New Felons are released every day so make sure to keep fighting!

Krusty: Hey-hey, kids! Who's up for a naughty "Knock-Knock?!"
Krusty: I'll do both parts 'cause last time the audience was cryin' so much they couldn't respond...
Krusty: Knock-knock...
Krusty: Who's there?...
Krusty: Argghhhhh!!...


Clownface: Huh? Whah? Who am I?!... besides another version of a terrible clown?
Bart: You're not Krusty the Clown!
Clownface: You're right. I'm different. Like I've been seltzered in the face with a Mind Control Ray. Hoy-hoy, kids! I'm Clownface the Clown!

Clownface: Kids, don't try this at home! Why?
Clownface: 'Cause it's my deal! That's why!

0
Reply to this topic
This discussion has been closed.