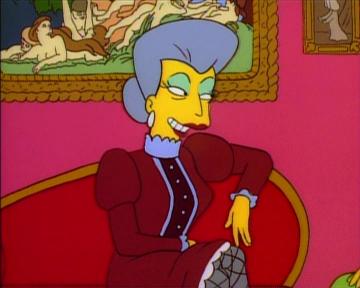 Let's look at this from a new side.

In the Simpson's episode including the Ajax Steel Mill, a disco ball is used in the club called the anvil.

And who else do we associate with Disco? Disco Stu.

Stu always refers to himself in third person, which is called Illeism.

But who is often sick in the Simpsons? Wendell Horton, most commonly becoming dizzy and even vomiting.

Wendell is albino, which is fairly rare in Springfield, as most characters are yellow.

And Christmas often has parades, lots of times going though towns... down Main Street.

And what road just happens to be the road Marge wants to repair in Marge vs. The Monorail?

Main Street. Hereby concluding that the Steel Mill is a sign the the Monorail is coming to Tsto.


I spent waaay to much time on this, but the facts are present.
Thank you