Gunfire erupts in Ferguson on anniversary of Michael Brown's killing

In one of at least two incidents, police were involved in a shooting after they came under "heavy gunfire," said *. Louis County Police spokesman Shawn McGuire.

No officers were injured, the department said. It said it will release more details later. But word circulated, along with a video, that the person shot was another black man, ratcheting up the tension.

Some of the shots rang out as reporters were talking to Ferguson's acting police chief, Andre Anderson. A startled Anderson continued speaking with a steady burst of gunfire in the background. Crowds scattered.

Elsewhere, several objects were thrown at police and some businesses damaged, the *. Louis County Police Department said. At least two unmarked police cars had bullet holes on them.

Authorities said they were trying to restore order. Police, with helmets and shields, pushed crowds back and called in tactical units. Some residents held on to their children and watched.

West Florissant Avenue is where Brown was shot.

From *. Louis County Police Chief Jon Belmar: There were two shootings Sunday night. One of the shooter engaged in gunfire with officers and was shot. He was in critical condition, undergoing surgery. He had on him a stolen 9mm.

The four plainclothes officers who were involved in the shooting have between six to 12 years of experience, he said. They have been placed on administrative leave. Asked about the officers' race, Belmar said "I am not going to comment."

There were two shootings Sunday night. One of the shooters engaged in gunfire with officers and was shot, he said. He was in critical condition, undergoing surgery. He had on him a stolen 9mm, according to Belmar. 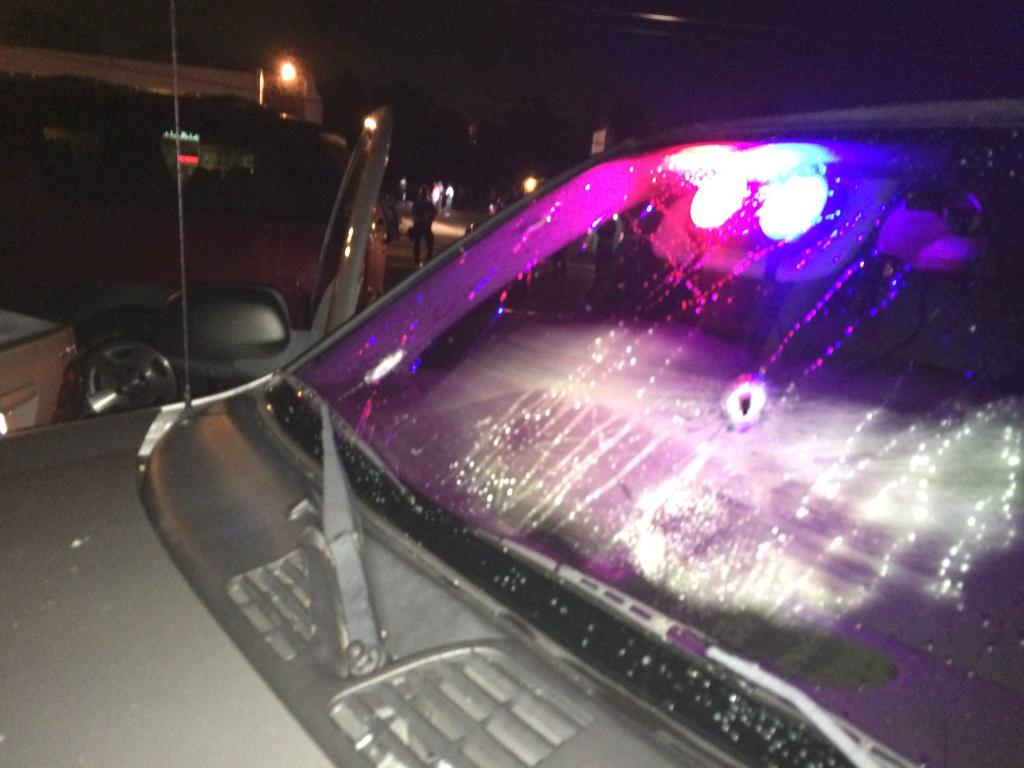 hopefully it doesn't get anymore out of control

absolutely pointless violence
0
Reply to this topic
This discussion has been closed.