If the IRS is max level does the radius hit the whole town? 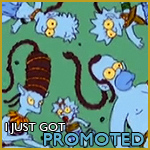 Fettster777
510 posts Member
November 2, 2015 8:41AM
Big radius and annoying when you're trying to save buildings for your neighbors to tap on.
0