Why bother with crafting? Or the event in general? 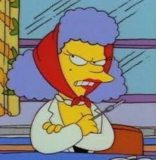 Zozobras
608 posts Member
July 25, 2016 11:46AM
I don't get why so many people are focused on the fact we have too many crystals. It's much better than constantly being short on them and it means that people who play less often still get a decent team.Its not likely we were grinding away for them at the the start and then having them thrown at us in the end, it was a fairly constant flow of crystals and didn't require any extra time, characters, or currencies to receive them. Is amazing how people can actually complain about good things. OP that wasn't just directed towards you but to the many others who have created threads or have the same opinion.

And with regards to the crafting after I got a few of each draftable (probably 5 of each) I focused on the high voltage walls since I may find a nice design for them in the industrial part of town and the atomic bombs since I can see them returning with a decent multiplier eventually.
I HATE CRAFTING. CRAFTING? Bah! Humbug!
tstoforum
0