Whacking Day - How would you play? 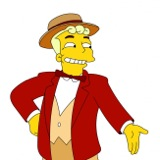