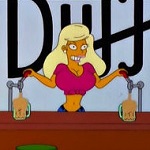 Rosshk
729 posts Member
May 22, 2017 8:43PM
I've wanted to do this ever since I got the Efcot Center and monorail. After the Destination Springfield event, I could procrastinate no longer. I meant to put this up right after that event, but I got busy/distracted.

Info:
-I put this in the bottom right corner of my town. As more land opens up, I plan on extending it. It's a little crammed in some spots.
-I'm trying to replicate the actual Epcot Center, as opposed to making it more unique to the game/show. For example, I put the Italian Villa in Germany because it resembles the architecture in the Germany Pavilion in Epcot. I also chose the Mad Doctor's Castle for the castle background since that's Dr. Frankenstein's castle, who is German. Otherwise, I tried to put items that would generally belong in that country's pavilion.
-my inspiration went in the following order: memory, the app guide map, then pictures. I plan on decorating more as I get time.
-I edit my town every time I acquire something fitting.
-great pics here: http://www.orlandoparksnews.com/2017/04/epcot-update-flower-garden-festival.html

If anyone has any helpful advice, constructive criticism, or questions, fire away.