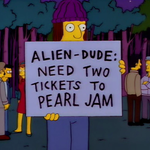 direwolf987
7465 posts Member
September 27, 2016 6:42PM edited September 2016
Apparently some jerk (he/she is probably a nice person) somewhere decided to change all the Zodiac signs. So for many, many years I was a Libra now I'm a Virgo. I am outraged. Okay, I'm not outraged. I don't even really care to tell the truth. I just figured everyone should know, in case someone wanted to be outraged about something.

Edit: Full disclosure, I got bored with the article and didn't read the entire thing so this may not even be true
0