Muhsterino
4499 posts Member
June 5, 2017 1:44PM edited March 2018
ISSUE WITH EXCAVATION SITE PRIZE where players are so say 'awarded' a Barbarian Statue, but if they already have one, they will not be awarded another. Update from 1st August 2017 - Currently the statue has been removed from the prizes. 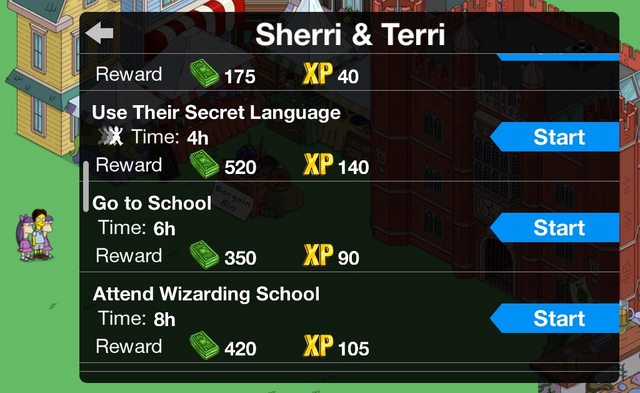 President Lisa's 8 hour task "Give a Presidential Address" doesn't work correctly. The podium moves from in front of her to the side every 10 or 15 seconds and she doesn't have hands because they are supposed to be behind the podium. This only happens when the building is facing to the left. A similar problem occurs with the Mr. Burns 4H task at the Sepulcher of Evil and the Caveman Moe 8H task at Moe's Cavern. SIDESHOW BOB QUEST LINES NOT APPEARING There is obviously a problem with this quest not showing up judging by the amount of posts we see on this topic. In my town it took until level 336 to get Sideshow Bob.
QUEST LINES COMPLETED, TASKS STILL REMAIN ON TASK LIST IN GREY
For example, Lurleen's 'Country on the Inside' parts 3 & 4. This bug has been around for months, please remove the tasks from the task list. TASKS GREYED OUT EVEN THOUGH ALL REQUIREMENTS ARE MET
I have the exploration Inc. building, but I cannot use the 6H task ALL TASKS AT SPRINGFIELD DUMP NOT SHOWN
I have 7 characters that should be listed at all times for tasks at the dump, however in these 2 examples only 6 are shown:
Quimby not listed: CLOCKWORK BART'S ANIMATION & CECIL TERWILLIGER'S 1&24H TASKS DO NOT WORK All they do is walk. 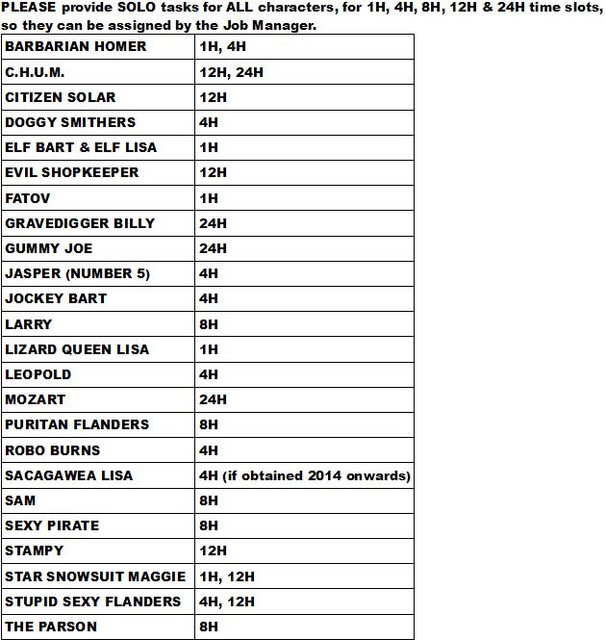 SEA CAPTAIN UNABLE TO DO 6H TASK, EVEN THOUGH THE GHOST SHIP HAS BEEN PLACED. PLEASE remove all 'go to school' tasks from skins, as an example Bart's longer 6 hour task pays out less than the 4H task: Occasionally having to press start twice on rocket
Sometimes I get a green and a blue start button. I know it's not a big deal compared with some bugs, but sometimes I don't notice and it doesn't start. 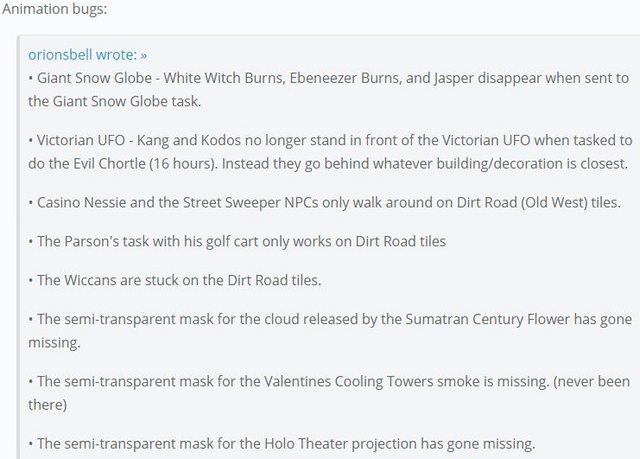 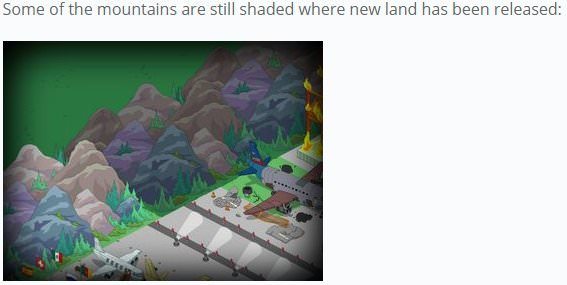 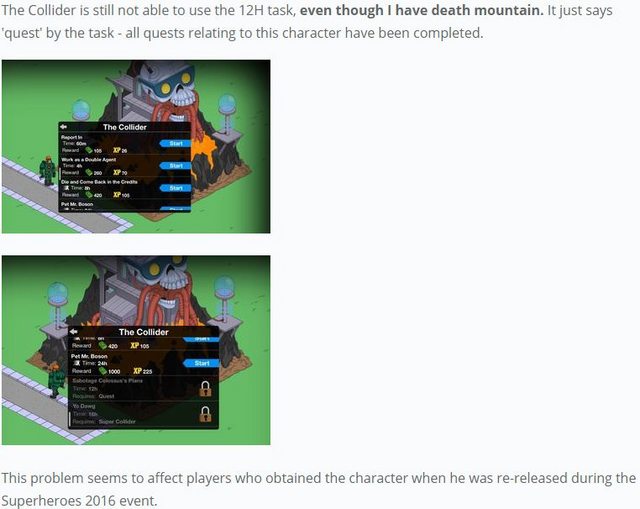