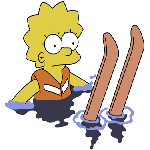 cjryder625
1426 posts Member
June 20, 2019 8:44AM
so now this game has become a drudge what do you miss most about the old formats? Maybe EA will read this and get some inspiration for future events.
What I miss most is the interaction with neighbours and the camarade here as we tried to work out how to play each update.
I love my computer...all my friends live in it
4