PhoenicianSn
58 posts Member
October 20, 2019 12:10AM
Long overdue... I have run into a bit of a hitch though. I can’t expand much anymore, since the free land tokens have been few and far between lately. I missed the two premium buildings for donuts and land tokens because I lost my father last year after taking care of him for the past two years as he was dying from cancer. I was unable, or just not in the right mind, to play. For the second time since 2012 when I first started playing this game, I lost out on an event late last year. That event just happened to offer the aforementioned buildings.

I hope that I get a chance to buy those buildings at some point, or they release other buildings that offer the same rewards. Glass half full approach to the situation: now that it takes forever to acquire tokens for additional land space, I spend a heck of a lot less money than I did when the tokens were offered or land was opened more frequently through events, as you will notice if you look at my Springfield... shameful amount of money into this game. 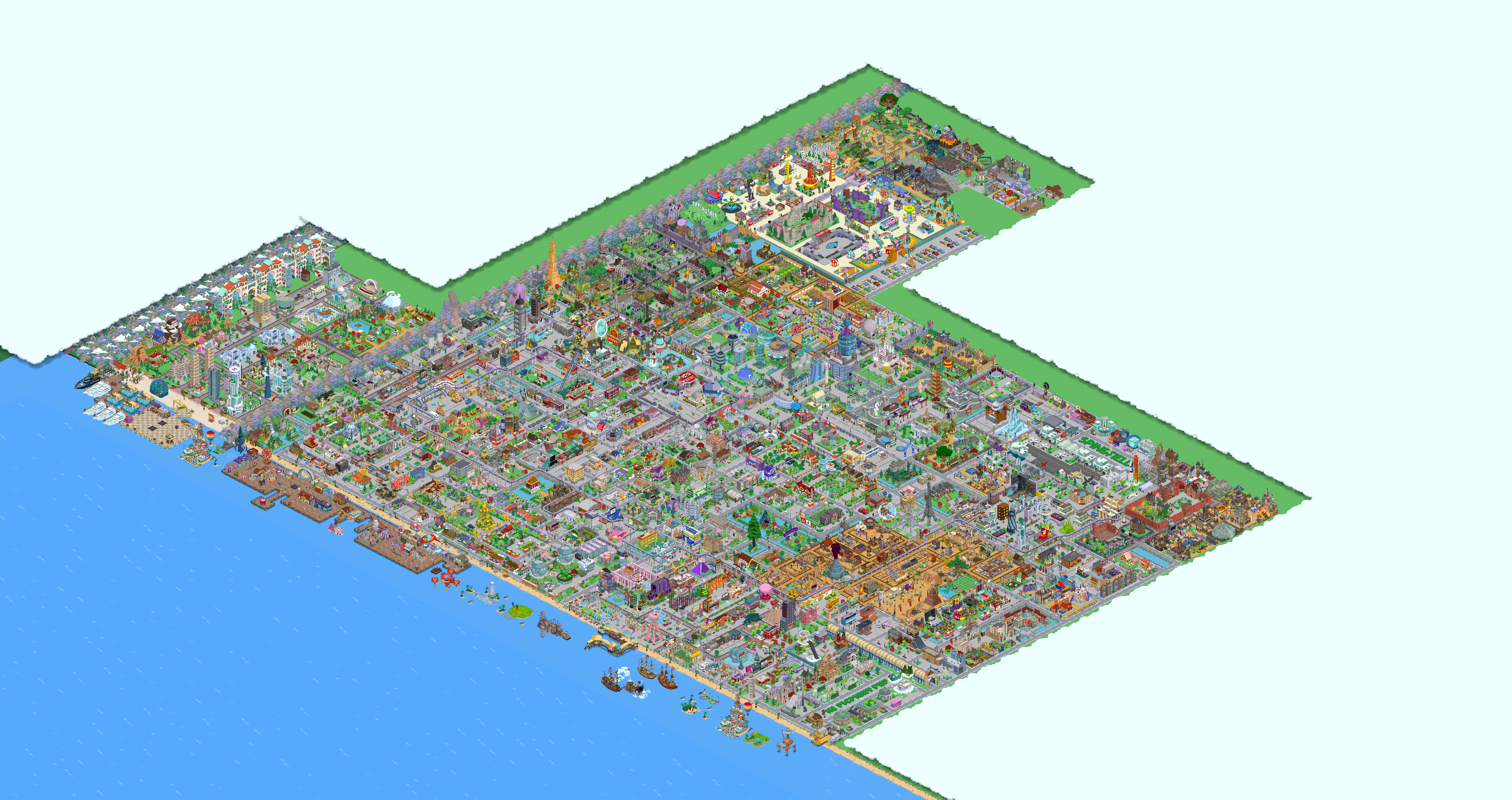