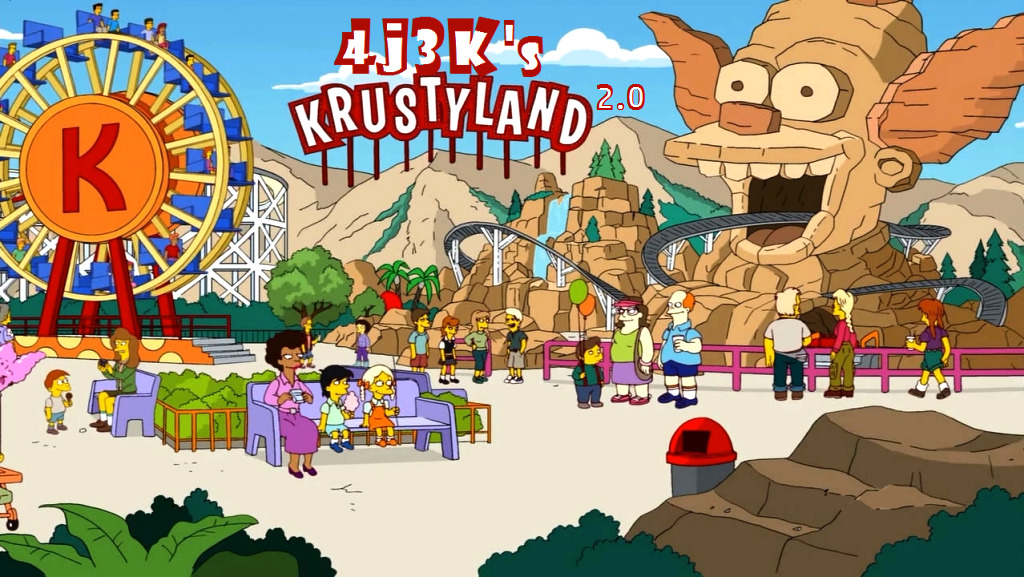 Hey-hey, happy tappers!! KrustyLand is back!
For my 5,000th post, I've completed my new KrustyLand. (It's as complete as it will get for a while, since I'm stuck at the current max limit of 13,000 items.)
I've replicated the official KL map that's on display at the Simpsons Ride, Universal Studios, FL.
Here's that map where you can read all the attractions: 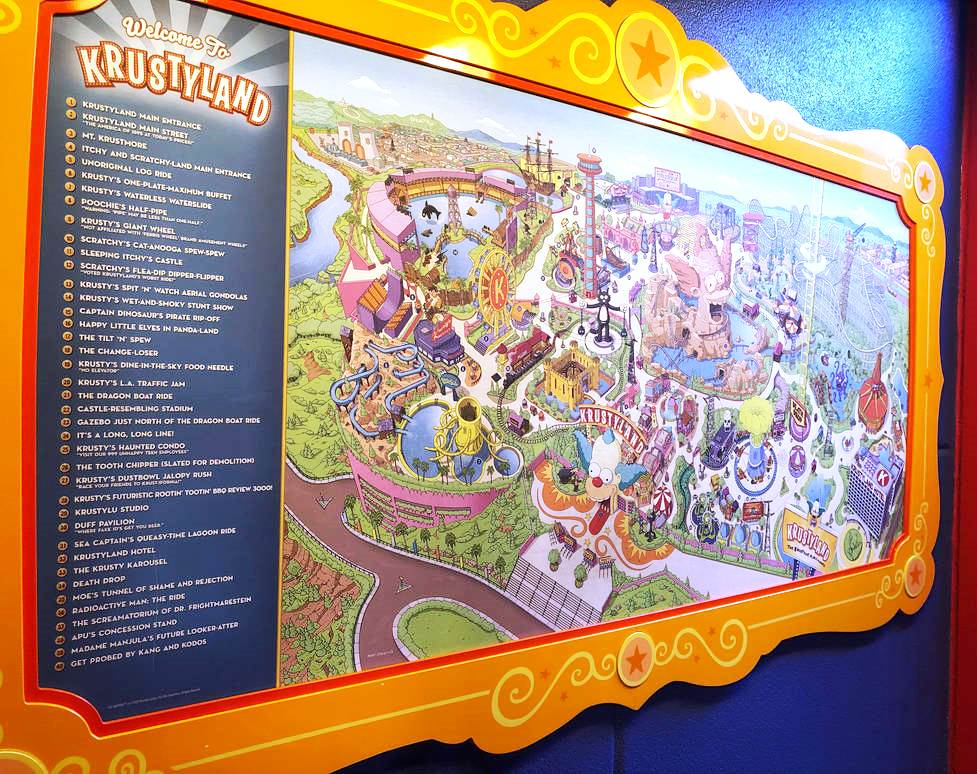 And here's the image I used for inspiration:

I have loved KL since the beginning, and you can still see my original KL in the Memorial Thread pinned at the top of this Showcase Section. All tappers are welcome to post in THAT thread, your old skool KL from when it was on a separate playing field. If you're too new to remember, that's ok!

I tried using the game's new "full town screen capture" function, but it doesn't save a true-to-scale image to let you zoom in close. So here's the screen-shot mosaic I stitched together and saved at full resolution, so you can zoom in and tour the park, same as in-game. Check it out:

There's a few changes to the park, maybe you can find them all. A few rides had to be changed out due to game availability; for example the Waterless Waterslide (which isn't in TSTO) has been replaced with Itchy's Eyeballs of Death. Captain D's Pirate Rip-off has been replaced with the Tunnel of Love, but the pirate ship has been moved to the coastline. Certain features, I had to get creative. If you closely compare the map with my park, you'll see where I used whatever was available in-game to make it happen.

If you look very closely, you can see your favorite Springfieldians enjoying themselves at the park! Can you find Homer, Bart, Milhouse, and Ralph? See any other characters??

To make it easier to compare the images, i made this that's scaled a little better. 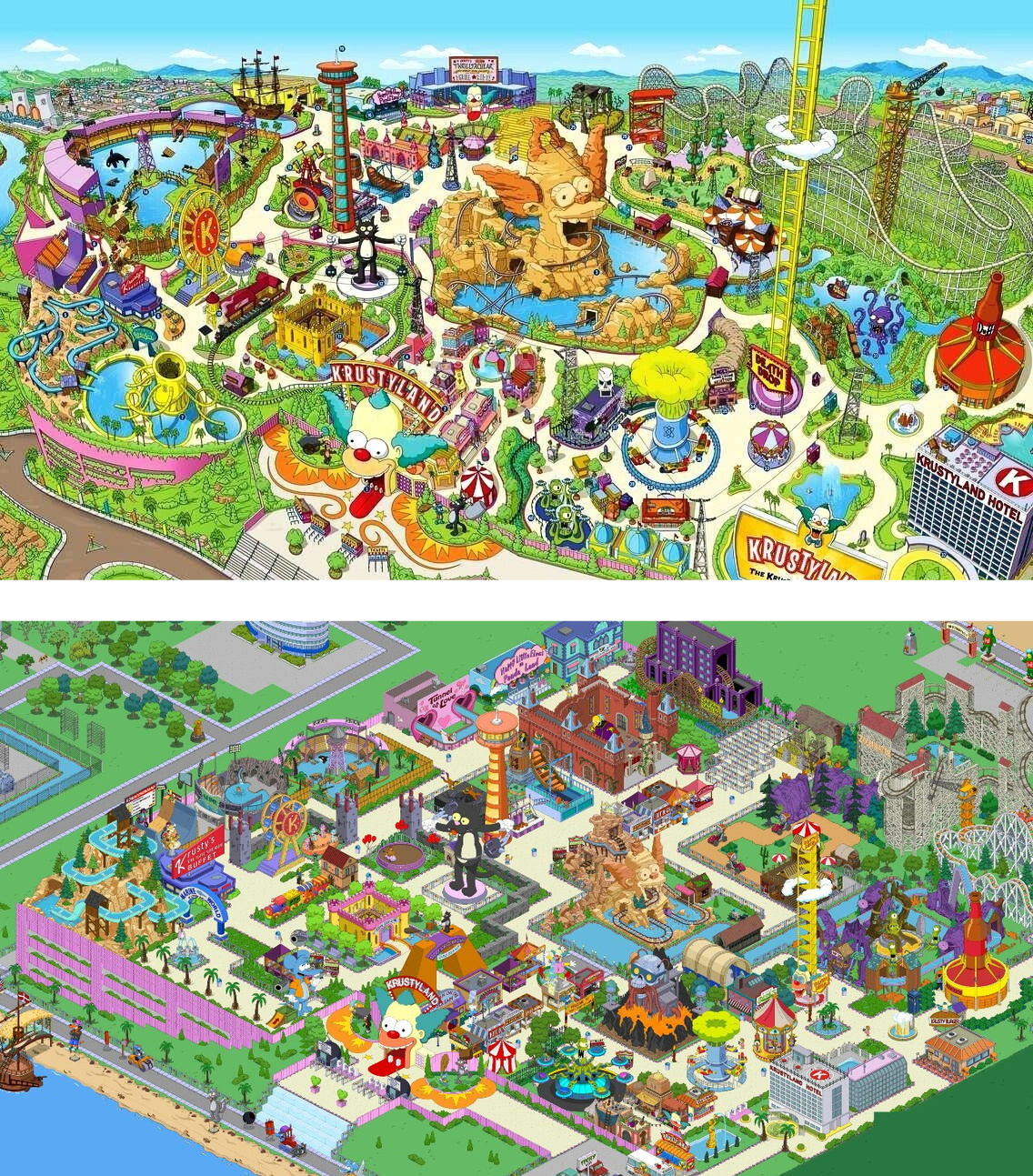 I hope you all are enjoying the recent updates to the game, and also hope my excitement once again motivates YOU to build your own KrustyLand.


All my designs look unfinished because i can't place as many plants, streetlights, and fences as i would like. PLEASE REMOVE THE LIMIT, EA!
Post edited by 4junk3000 on March 2019
11