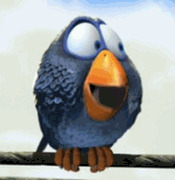 Does look a good film for sure

Think you should put "Spoiler" in your thread title in case people start telling us what happened, ive heard that he can fly for a start