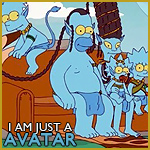 stefoorigin
72 posts
January 16, 2014 9:35AM
Plant moonshine and leave it so neighbors can tap it. You will get money for each handshake you tap but always leave the last one.

A guide on how to do it

Also, send your characters on the shortest tasks you can. If you can check every hour put them on 1hr tasks. If you are working/sleeping set the tasks so they will finish when you next check.
0