Regulas
47 posts Member
March 4, 2018 1:39PM
I know many of us are frustrated with this game and how its been handled, but let us alleviate some of that rage with this. This should at least give some assurance that EA is actively working on the game... they just don't tend to post about it here... w/e ANYWAY

A most benevolent UFC 3 Developer, Geoff Harrower, on Twitter has started to tease some upcoming Patch changes.


Also - Tune takedown speed and ranges. This change makes the speed of takedowns depend on range, and will fix the problem where you could hit a really fast double leg takedown from outside of kicking range. (no more getting double legged from the other side of the cage)

^ those are two big a nice ones. Anyway, you all can read the rest at your leisure.

And here's a video of the gamechanger Martial Mind describing them if you'd like, 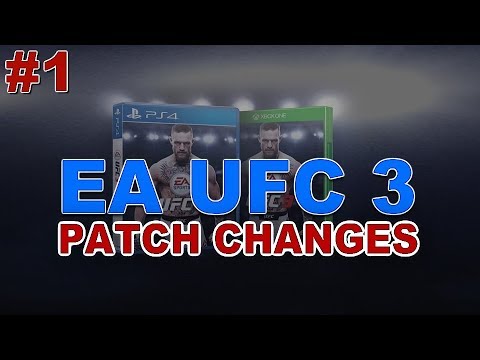 and he also seems to insinuate that more patch teaser notes will be released in the coming days and he seems to indicate toward the end of the video that he knows a lot more that he isn't allowed to talk about yet, but says that its good stuff and he seems pretty excited about it. I hope that even more of it will focus on balancing the AI, as Martial has expressed many times in the past that he genuinely prefers offline play to online, so I would like to believe that hes pushing/has been pushing for a better offline experience including the balance of the AI and all that jazz.