Why wont you fix this game?

D1g17al_N0m4d
13 posts Member
August 31, 2020 1:52PM
Congratulations on launching the most frustrating, control smashing inducing game ever created. I just got beaten by a CAF kickboxer after winning 2 and a half rounds of the fight by absolutely smashing his body and head. I had double his stamina and he locks in an armbar with zero stamina (mine is full). There was literally no way out. There seems to be no advantage of 'keepingthe fight standing' whatsoever. 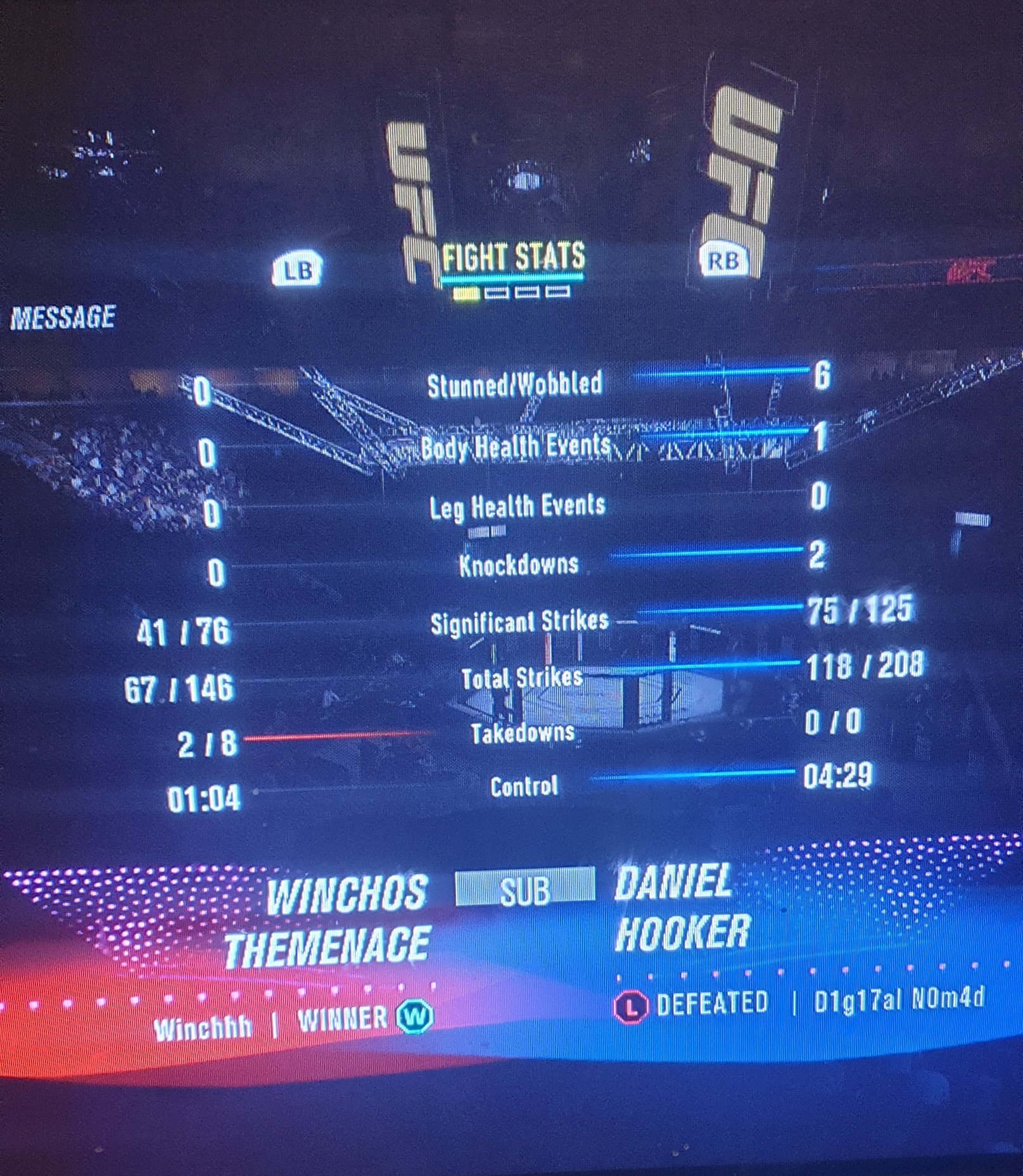