The December patch (6.0) is officially live! Make sure to update your game to the newest version to gain access to some exciting new content. This month we’ve added two new licensed fighters, Michael Chandler and Alex Perez. In the patch, you’ll find updates to gameplay, various game modes, and fighter movesets, and fighter likenesses. As always you can find the full patch notes at the bottom of this article.

Since the launch of EA SPORTS UFC 4, there has been a significant amount of feedback from the community regarding knockouts, specifically around ragdoll physics. With this update, we’ve added a new type of knockout called “Lights Out” that will occur when you knock out your opponent with a high damage strike. These new knockouts will have drastically increased ragdoll physics and will cause the fight to end immediately without the fighter jumping on the downed opponent. This will add some exciting flair and unpredictability to fights going forward.

Michael Chandler makes his entrance to the digital Octagon after signing with the UFC in September. With three Bellator Lightweight Championships under his belt, Chandler will enter the game with a 4-star overall rating driven by his 4.5 star striking and health. 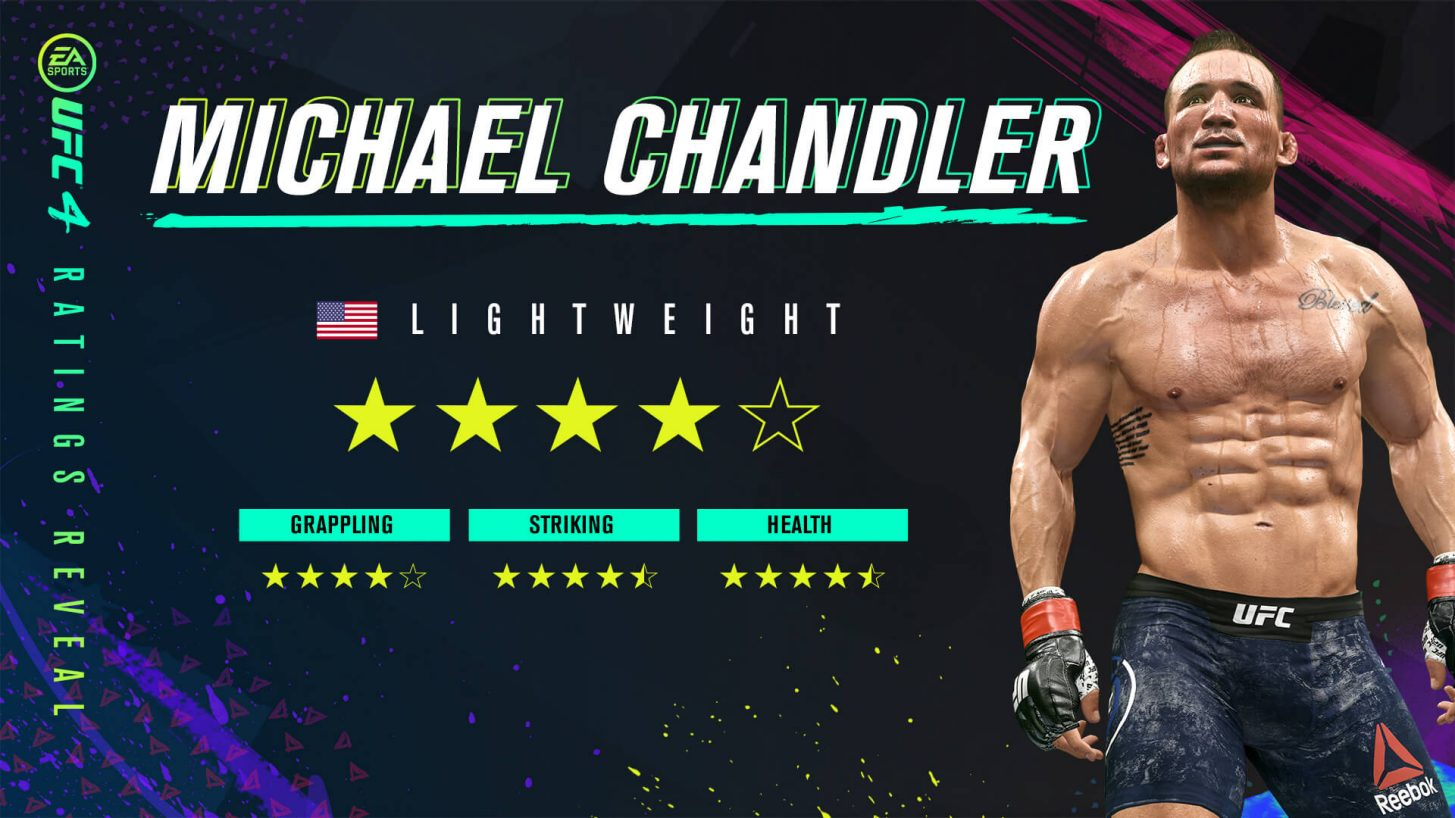 Alex Perez, currently the 4th ranked Flyweight in the UFC, joins the digital octagon with a 4.5-star overall rating including 4.5 stars for striking and health. 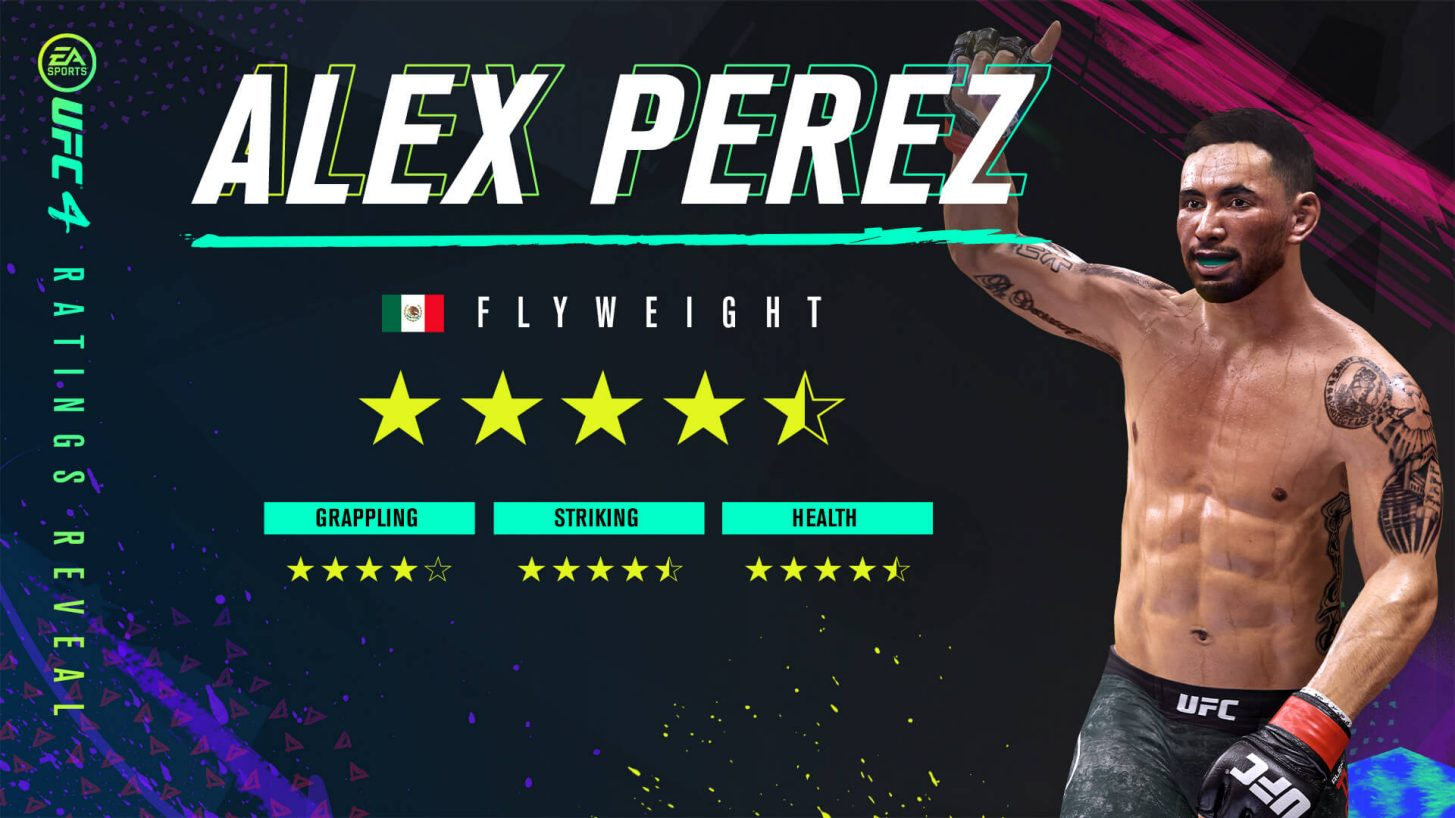 - Added Lights Out KOs. KO strikes that deal very high damage will now shut the lights out completely, resulting in looser RAGDOLLS.
- Fixed an issue with cage back clinch punch
- Added transition from half guard to sprawl
- Added transition from back side to back sitting
- Added transition from back sitting to back side
- Ground and pound submissions no longer require health event to enter
- Ground Game - Added alternative option (Slam) in full mount for top fighter to posture up
- Increased speed of transition from cage seated to full mount
- Tuned various animations
- Scramble added to suplex from standing back clinch
- Fixed issue causing upkicks to award a knockdown in stats screen
- AI - Fixed bug causing AIs to spam stance swaps
- Added 3 new Fight Type presets to Fight Now, these presets only affect round settings: - Added a new arcade mode to Fight Now: Adrenaline Mode.
Moveset Updates